A municipal worker fumigates a residential area to prevent mosquitoes from breeding in New Delhi on Sept. 7, 2015
Tsering Topgyal—AP
By Joanna Plucinska

Officials in New Delhi, India’s most populated city, say it is experiencing “the worst outbreak [of dengue fever] in the last five years.” According to the BBC, the city has seen over 1,800 cases, including five deaths.

Delhi’s director of the Municipal Corporation, Y.K. Mann, told Agence France-Presse that the number of cases will likely grow if the weather remains humid.

The fever is transmitted through infected mosquitoes, which lay eggs in standing pools of water, open sewers and puddles, leading to spikes in infections during the rainy season.

The life-threatening disease is known to cause high fever and precipitate a dramatic fall in white blood cells, making patients susceptible to a variety of other potentially fatal infections. Formerly called breakbone fever, it also causes intense muscle and joint pain, among other symptoms.

Delhi’s government is now calling for the addition of 1,000 beds to public hospitals after the highly publicized suicide of a couple whose 7-year-old died from the fever after he was denied treatment.

“There is no need to panic. I have ordered all government hospitals that they should not refuse to admit dengue patients even if they have to treat two patients on a single bed,” Delhi’s Health Minister Satyendar Jain told the BBC.

Infections have risen dramatically in recent years, according to the World Health Organization, with over 40% of the world’s population now living in areas prone to the disease. 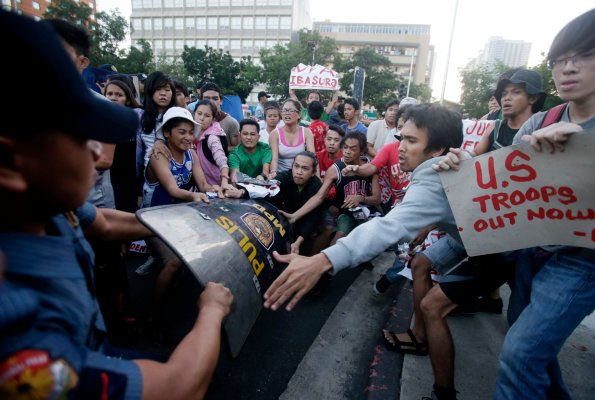 Protests Outside U.S. Embassy in Manila
Next Up: Editor's Pick