Ice levels in the Arctic have declined to the fourth-lowest point on record, according to new research. The analysis comes in advance of an expected rise in ice levels during the cool fall and winter months.

The research, published by the National Snow and Ice Data Center (NSIDC), suggests that the area of Arctic sea ice dropped to 4.41 million square kilometers (1.7 million square miles) late last week. That’s a decline of 620,000 square kilometers (240,000 square miles) from the lowest point in 2014. (For perspective, that’s more land area than the entirety of California).

Read More: Here’s What Using the World’s Remaining Fossil Fuels Would Do to the Antarctic Ice Shelf

Despite ups and downs, ice levels in the Arctic have continued a general downward trajectory since satellites first measured the area of ice in 1979. Nine of the ten years with the lowest minimum ice levels have occurred in the last decade, according to the report.

Rising temperatures due to global warming have caused ice to melt in the Arctic. Last year was the hottest ever recorded and researchers anticipate 2015 will break that record. “The ice is decreasing over time, which you would expect because the Arctic is warming,” NSIDC researcher Julienne Stroeve told the Associated Press.

Researchers noted that the results are preliminary. Ice levels could decline slightly if weather patterns shift unexpectedly, according to the report.

Ice melt, one of many consequences of global climate change, contributes to a number of problems, including global sea level rise. Sea levels are expected to rise by as much as 3 feet by 2100. 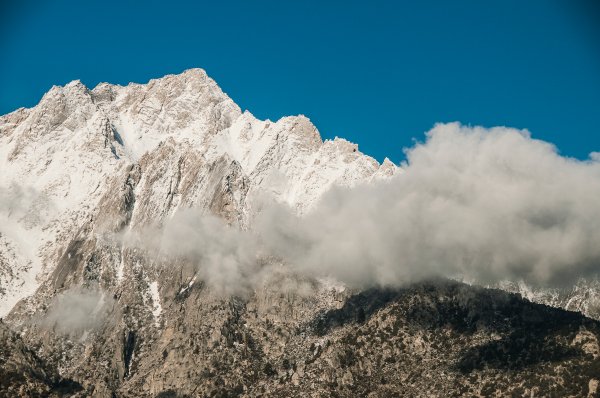 Snow in the Sierra Nevada Mountains at Historic Low
Next Up: Editor's Pick