A Los Angeles-based writer and filmmaker who had a bone marrow transplant earlier this year has made a parody of “Bad Blood” by Taylor Swift (ft. Kendrick Lamar) called “Good Blood” to highlight his journey from diagnosis to recovery. He hopes the video will raise awareness about the life-saving procedure and encourage people to join the bone marrow registry and become marrow donors via the non-profit Be the Match.

“I had very serious fatigue for a couple years leading up to it, but had no idea I had something so serious,” he says. “It rocked our world.”

He started blogging about the experience on his website while undergoing blood transfusions 2-3 times a week and chemotherapy for a treatment plan similar to one that cancer patients undergo. His sister ended up being a match for a bone marrow transplant, and the procedure took place March 11 at Cedars-Sinai Medical Center.

Four months later, while McDevitt was celebrating his first anniversary with his wife on a trip to Ventura and the Channel Islands, he woke up one morning singing the phrase “Good Blood” to the tune of “Bad Blood” and was inspired to write new lyrics for the hit song. The couple wrote the parody version, recorded it in a friend’s recording studio, and then filmed the music video over Labor Day weekend. The clip, first shared on Facebook Monday, features videos of Aplastic Anemia patients from around the country–and one from Northern Ireland—who McDevitt met through an advocacy group for fellow patients on Facebook.

Six months since his transplant, and four days before he participates in the Be the Match 5K race in New York City, McDevitt explained that the producing the lighthearted music video and blog posts was a way for him to “express what I was going through, yet still do what I enjoy doing the most, which is making jokes, making people laugh, and making people smile. And to show I could still be me.” 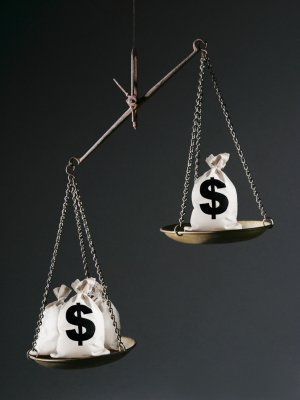 Why Many Americans Assume Life Is Fair
Next Up: Editor's Pick