Most people who are not striving to be professional athletes would be horrified if their performance in gym class got posted on YouTube and started to go viral. But one performance in a gym class in northern Alabama deserves to be seen by the world.

In a video uploaded to YouTube on Aug. 20, the physical education instructor at Harvest Elementary School, Jared Paschall, leads a group of students in a cardio workout inspired by the dance performed by rapper Silentó in his music video for “Watch Me (Whip/Nae Nae).” The routine requires doing lunges, high knees, jumping jacks, and pushups — certainly much more rigorous than the music video original.

Paschall told AL.com, a news outlet in the state, that he has written the White House to suggest First Lady Michelle Obama make the video part of her campaign to encourage exercise and healthy eating. Whether she will respond to the video with her own version of the “Whip/Nae Nae” dance remains to be seen. 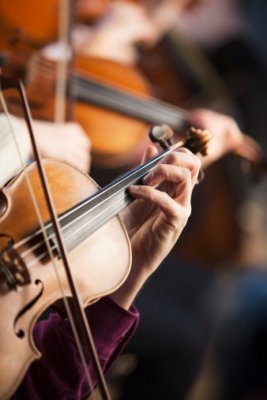 Watch a String Quartet Perform on the Side of the Road for People Stuck in a Traffic Jam
Next Up: Editor's Pick