The Club for Growth is taking aim at Donald Trump in a new television ad campaign.

The influential anti-tax group unveiled a pair of ads Tuesday that assail the Republican frontrunner as a closet liberal. The 30-second spots will air in the pivotal caucus state of Iowa. The total cost of the ad buy is more than $1 million, the Club said.

Another spot calls Trump “the worst kind of politican,” and whacks the real-estate developer for supporting eminent domain “abuse.”

The Club’s decision to target Trump was not a surprise. The free-market group, which bundles contributions from large donors, is known for attacking candidates that fall short of its fiscal standards; in 2008, former Arkansas Gov. Mike Huckabee was the candidate in its crosshairs. And the Club has been declaring its opposition to Trump for some time now.

“It’s astonishing that he’s even running as a Republican,” said David McIntosh, a former congressman who serves as the Club’s president.

Trump has said the feud dates to a meeting earlier this year at his office in New York, where, according to the developer, McIntosh asked for a $1 million contribution. The Club’s version is different.

The Club is known for using its financial muscle to propel insurgent conservatives—such as Sens. Ted Cruz, Rand Paul and Marco Rubio—past Establishment favorites in House and Senate races. But it’s unclear how much difference $1 million will make in the context of a presidential nominating contest flooded by cash. 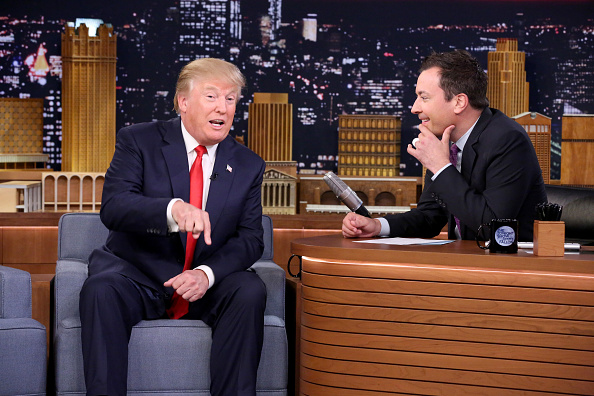