Jimmy Fallon had Jessica Alba as a guest on Monday night’s episode of “The Tonight Show,” but skirted around asking about the current lawsuit against her company.

The late-night host steered clear of any hard-hitting questions on recent allegations against products from the beauty line of Alba’s company, The Honest Company. He instead opted to chat with the actress about gifts she brought for his wife and products from the company that he uses for his children.

The Honest Company has come under fire for its allegedly ineffective sunscreen. It is being sued by a consumer for $5 million for “deceptively and misleadingly” labeling its product. The plaintiff, Jonathan Rubin, has also claimed that some of the company’s “natural” products contain unnatural ingredients.

Reviews from Amazon customers who have purchased the sunscreen also complain of similar issues.

Alba has stated the claims against her company are “baseless and without merit.” 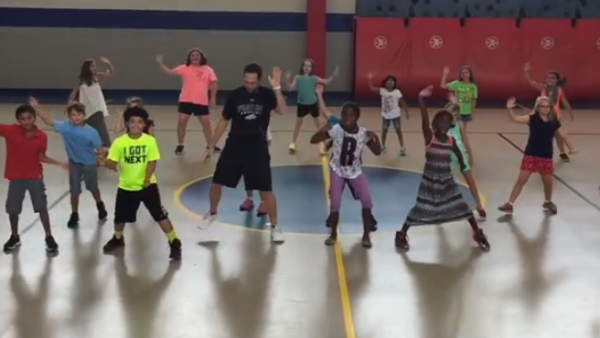 Watch Elementary School Kids Do the Whip and Nae Nae in Gym Class
Next Up: Editor's Pick