Stevie Wonder joined James Corden for an all-new Carpool Karaoke on Monday night’s episode of The Late Late Show. Though Wonder “forgot his license” and was unable to drive, that didn’t stop the legend from having a good time. From busting out his harmonica, to singing to Corden’s wife, to even doing his best James Corden impression, Wonder looked pretty excited to be riding with the host.

Previous carpool karaoke segments have included Justin Bieber, Rod Stewart, and Iggy Azalea – all driving with Corden to sing some of their biggest hits.

This carpool karaoke included Wonder classics like “Superstition,” “Isn’t She Lovely” and “Sir Duke.” The singer also suggested that he and Corden form a group called The Wondercats, an old-fashioned band who will “write new lyrics to Stevie Wonder songs.” 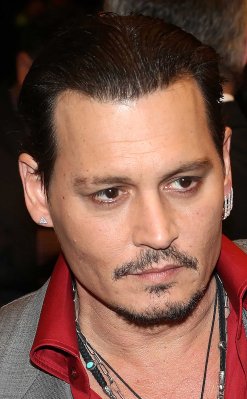 Johnny Depp has Harsh Words for Anyone Who Tries to Bully His Kids
Next Up: Editor's Pick