Malcolm Turnbull speaks to the media after winning the leadership ballot at Parliament House in Canberra on Sept. 14, 2015
Stefan Postles—Getty Images
By Nash Jenkins

On Monday night, Australia’s center-right Liberal Party suddenly voted to remove Prime Minister Tony Abbott from the party leadership in favor of Malcolm Turnbull, an erstwhile investment banker first elected to the country’s Parliament in 2004. For the past two years, Turnbull has served as Australia’s Minister of Communications.

The vote is the latest shock in Australia’s recently volatile politics. Here’s some background on the new Prime Minister, who last led the Liberals in the opposition from 2008 to 2009.

1. Turnbull is the country’s fourth Prime Minister since 2013. Compared to the humdrum tenor of the typical U.S. Congress session, the Australian Parliament is lively and vociferous, and in the past few years flux has been its most defining characteristic. The year 2013 alone saw the appointment of two Prime Ministers: in June of that year, Kevin Rudd, who led the incumbent Australian Labor Party from 2007 to 2010, deposed his replacement, Julia Gillard, to return to the leadership — only to then watch his party lose to the Liberals in the elections less than three months later.

“Australia, in the past — the 19th century and other times during the 20th century — has had volatile leadership changes, but a lot of Australians today aren’t used to it,” Mark Rolfe, a political scientist at the University of New South Wales, tells TIME. “With Turnbull, the hope is that it marks the end of a lot of lousy leaders.”

2. His election is the final vote of no confidence against Prime Minister Tony Abbott. In the Liberal Party ballot on Monday night, Abbott lost with 44 votes to Turnbull’s 54, signaling the end of an unpopular two-year-old conservative government that gradually lost the trust of the Australian public. When faced with a legitimate attempt within his party to oust him in February, Abbott attempted to dismiss concerns over his faltering public approval ratings by saying that politics “is not a popularity contest.” He survived the vote then, but his continued decline in popularity had Liberal leaders worried that he would cost them their incumbency in the next election.

3. Turnbull’s government will inherit an uncertain economic future. Much of Abbott’s unpopularity stemmed from what critics saw as his mismanagement of the Australian economy, which after years of reliable growth now faces a slowdown. To be fair, China, which has been Australia’s most vital export market for the past six years, is now in the throes of a massive slump. Nevertheless, Turnbull noted the economic shortcomings of Abbott’s government in his nomination speech on Monday, saying it failed to deliver the “economic leadership” and “economic confidence” Australia needs.

4. He’s not keen on the idea of Queen Elizabeth’s sovereignty over Australia. Like many former British colonies, Australia remains a member of the Commonwealth of Nations. It is a constitutional monarchy that elects its lawmakers but still looks to Elizabeth II as its head of state. Turnbull, meanwhile, has been an operative leader in the crusade for Australian republicanism, chairing the Australian Republican Movement from 1993 until 2000. Its aims are simple: it seeks the establishment of a constitutional system that would do away with Queen Elizabeth as its head of state in favor of an Australian leader. In 2013, 14 years after a failed referendum on the issue, he said that constitutional change probably wouldn’t come until the Queen dies.

This stands in contrast with Abbott, who reinstated the British tradition of knighting to Australian politics and — in a widely mocked gesture — bestowed the honor upon Elizabeth’s husband, Prince Philip, earlier this year. (“Do you still throw spears at each other?” Philip infamously asked an indigenous Australian in 2002.)

5. He is one of Australia’s wealthiest and most prominent lawmakers. Before his first successful election in 2004, Turnbull was a Rhodes Scholar, a celebrated attorney, a successful investment banker, and an early leader of one of Australia’s first major internet companies. He was worth around $133 million in 2010 — the only politician to make that year’s rankings of Australia’s 200 wealthiest people by Business Review Magazine.

“You have a man who has always had a prominent public image in Australia,” Rolfe said. “He’s a man of great wealth and intelligence, and he is prone to remind the people of his intelligence and their stupidity — that’s one of his weaknesses.”

6. For a conservative politician, he has expressed notably progressive social views. Despite their name, Australia’s Liberals fall to the right of the political center. This was particularly true of Abbott’s government. Turnbull, meanwhile, is a relative centrist, with a record of speaking out in favor of same-sex marriage rights and policies to combat climate change. Analysts doubt, however, that he will shake things up in terms of social and environmental issues during his first term. 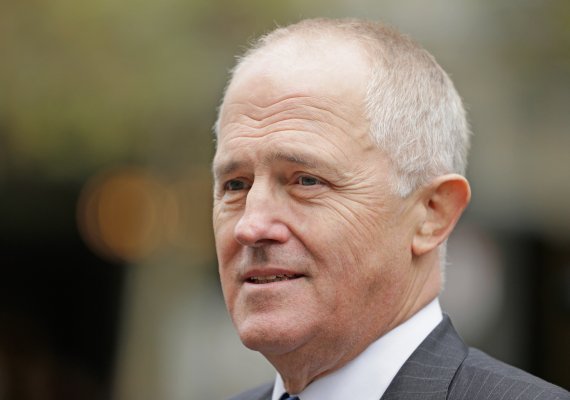 A New PM Won't Be Enough to Solve Australia's Economic Problems
Next Up: Editor's Pick