Air India will ground 125 of its 3,500 cabin-crew members after they failed to reach an “adequate BMI,” according to an official. The announcement comes after 600 crew members were told to shape up over the course of a six-month probationary period last year.

The order for cabin crew to get fit first came from India’s Directorate General of Civil Aviation in 2014. They originally gave on-board staff three months to attain an “acceptable” weight to avoid being relegated to ground duties.

According to the BBC, a Body Mass Index (BMI) of 18 to 25 was deemed acceptable in men, while 18 to 22 was approved for women. The department also called for regular health check-ups for all cabin crew.

BMI is a number reached by comparing a person’s height to their weight. Some doctors say BMI is not always the best way of measuring health though it remains popular as it is simple to calculate.

The airline insisted to the BBC that the rules are a matter of safety, not appearances. The regulations, the airline claims, were put in place to ensure that cabin crew could function well in emergency situations.

It isn’t the first time Air India has broached this issue with their cabin crew. The BBC reported in 2009 that the state-owned air carrier fired nine hostesses after they failed to lose weight. The hostesses had already been placed on ground duty two to three years beforehand for the same reason.

According to the Times of India, some air hostesses protested in 2013 that Air India should offer free gym memberships, as they said the firm had done some 15 years earlier, before testing their BMI and blood pressure.

Earlier this year, Air India began offering free yoga classes to cabin-crew recruits and even to some of their pilots as a part of Indian Prime Minister Narendra Modi’s yoga PR blitz. 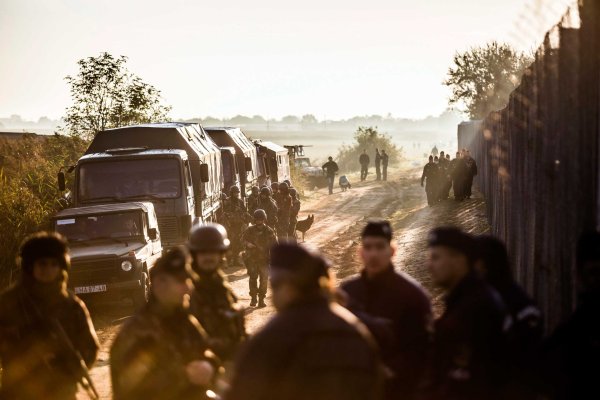 Hungary Closes the Gates to Europe
Next Up: Editor's Pick