And why not? There is now a Game of Thrones burleque show and author George R.R. Martin has given the event his personal blessing. In fact, this week’s show is being held at his own theater.

Virginia-based burlesque company Blacklist Burlesque is staging “Burlesque is Coming: A Tribute to the Works of George R.R. Martin” at the Martin’s Jean Cocteau Cinema this week. The show—currently about two-thirds of the way through a nationwide tour—promises to be a “hilarious and sexy parody” of the series based on Martin’s bestselling A Song of Ice and Fire saga.

Martin, who is a devoted history buff, had some contextual thoughts on the subject. “[Burlesque is] an art form that has thumbed its nose at upper-class cultures and social conventions for hundreds of years,” he explained on his blog. “In the 17th and 18th centuries, the umbrella term ‘burlesque’ covered many varieties of theatrical lampooning or ‘travesty.’ In the 19th century, burlesque producers and performers would take specific arias and oratorios from famous operas, and rewrite the lyrics for comedic effect — just like ‘Weird Al’ Yankovic … the middle and lower classes got to knock ‘serious’ art off of its pedestal from time to time.”

But George! What about the strip teases, the feather costumes and the pasties?

Continues Martin: “But what about the strip-tease, the feather costumes, and the pasties, you ask? Strip-tease, an important aspect of modern and neo-burlesque, became standard around the 1930s. Think of the bawdy cabaret culture of the 1930s — and then the pin-up girls of the 1940s and 1950s.”

Well, it’s about time Game of Thrones got a little bit sexy. 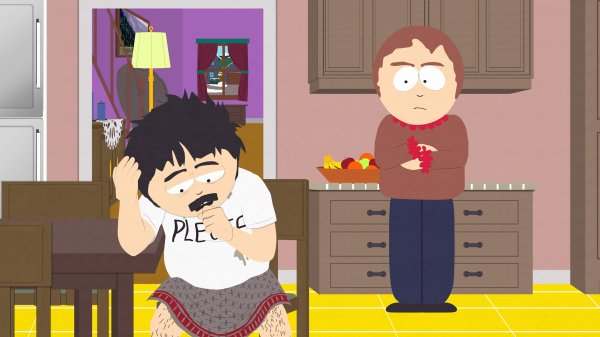 South Park Will Take on Caitlyn Jenner in Season Premiere
Next Up: Editor's Pick