Donald Trump Dishes Bluster With No Policy At Texas Rally

Donald Trump held a rally before a crowd of 20,000 people in Texas Monday night, speaking to them in his signature blustery, freewheeling style without offering any policy.

“Do you notice what’s missing tonight?” Trump asked at the beginning of the rally in the American Airlines Center in Dallas. “Teleprompters.” He then spent the next hour talking apparently off the cuff to the crowd, throwing out insults to his enemies, praise to his friends, and lauding his own wealth and achievements.

He hit his usual talking points about his campaign, saying that America needs a president with his business experience and that he’d be the best “closer” for negotiations with foreign countries. He also talked about the wall he plans to build along the border with Mexico.

The closest Trump got to discussing policy was when he said, “We’ve got to lower taxes for a lot of people. Corporations are paying far too much, middle income people are being decimated.” He said he would announce a “great tax plan” within the next few weeks.

The frontrunner was uncharacteristically nice about his Republican opponents during the speech, saying specifically that he “like[s]” Carly Fiorina, that Ben Carson is “a nice man” and that Rick Perry, who suspended his campaign last week, is “a nice guy… and frankly he tried.”

He did take a swipe at Jeb Bush, however. The two have been sparring over the past few weeks as Bush has ramped up his attacks on Trump. The crowd booed when he mentioned Bush’s name and then booed louder when he mentioned Democratic frontrunner Hillary Clinton, to which he quipped, “Well, Jeb’s more popular than one person I know.”

He also joked about his relationship with the media and what he perceives as its unfair treatment of his campaign, at one point getting the crowd to boo political journalists. “We’re going to have so many victories that at some point they’re going to be coming out of your ears. Though I have to be careful saying coming out of somebody’s ears,” Trump said, referencing the controversy after he accused Fox debate moderator Megyn Kelly of having “blood coming out of her wherever.”

“Nose, ears, eyes, those are the only places I’m talking about,” he said.

He took the time to mention the news of the day: that NBC has hired Arnold Schwarzenegger to take over his role hosting The Celebrity Apprentice. “I think it’s a good choice, and he’s a friend of mine and I approve it 100%,” Trump said.

Trump leads in most polls by a wide margin. His campaign has confounded analysts, dominated airwaves and fired up a restless GOP base. But Trump told the crowd: “Unless I win it’s been a total waste of time for me, folks.” 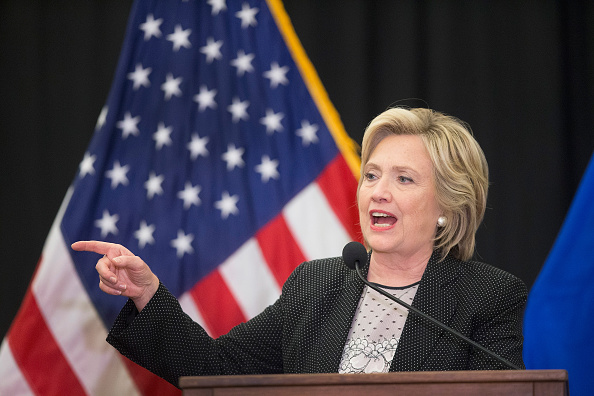