The National Park Service has decided to restrict the use of e-cigarettes on its lands, so that anywhere cigarette smoking is banned, vaping is now banned, too.

Citing “an abundance of caution” to protect the health of employees and visitors, Director Jonathan Jarvis said the service would treat nicotine vapor the same as tobacco smoke. Smoking is banned at indoor sites and in park vehicles; it is each park superintendent’s prerogative to ban it in outdoor areas, as well—though this does not usually extend to parking lots and sidewalks, according to U.S. News and World Report.

The science on e-cigs and secondhand smoke is still being investigated and debated; the National Park Service memo on the subject says the devices emit about one-tenth the amount as regular cigarettes. 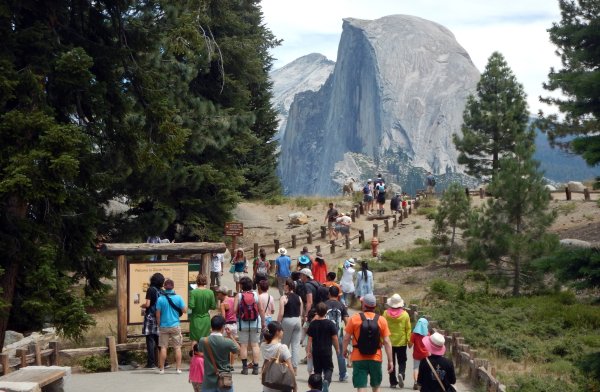 All National Parks Are Free on Tuesday
Next Up: Editor's Pick