Abortion Should Be a Right for Working Women—Not a Privilege

Rep. Barbara Lee, D-Calif., speaks during a news conference in Washington, Thursday, September 10, 2015.
Al Drago/CQ Roll Call
Ideas
By Sarita Gupta
Sarita Gupta is a nationally recognized expert on the economic and political issues affecting working people across all industries, particularly low-wage workers. She is the Executive Director of Jobs with Justice.

Patricia is a single mom whose job at a big-box store pays $13.20 an hour. Even though Patricia works full time and earns more than the national minimum wage, she still relies on food stamps and food banks in order to feed herself and her daughter. “After I pay my rent, I have to decide which bills I absolutely must pay that month,” she said. Like many American women who are often the key breadwinners for their families, Patricia lives one unanticipated event—a layoff or a medical emergency—away from extreme poverty.

As we watched the House vote to defund Planned Parenthood, meaning critical services like birth control funds and STI and cancer screening, I couldn’t help but think of the many waitresses, cashiers, retail associates and care providers who have become pregnant and could not afford to raise and provide for another child. Some of them face the fear of losing their jobs when their employer learns they are pregnant. Some in Congress want to take away birth control funding, yet if a woman becomes pregnant and decides to end her pregnancy, they would also deny her insurance from covering their care.

Every woman should have the ability to make decisions based on what is best for herself and her family. Far too many women work hard to provide for their families, but still can’t make ends meet. Adding to that stress, a growing number of women aren’t told what their hours will be from one week to the next, and their schedules are too erratic to make additional child or elder care arrangements. Corporations are also moving more people involuntarily into part-time positions to reduce their obligations to provide key benefits. Because full time positions are no longer the norm, fewer women have access to health care, including pregnancy-related care.

In July, Congresswoman Barbara Lee (CA-13) introduced the Equal Access to Abortion Coverage in Health Insurance (EACH Woman) Act to ensure that every woman has coverage for the full range of pregnancy-related care, including abortion. A woman’s income, job or type of insurance should not determine whether she can end her pregnancy. And the EACH Woman Act will make sure that politicians can’t deny a woman health coverage for a medical procedure simply because she is struggling to make ends meet.

Currently, Congress bans Medicaid insurance from covering abortion, except in limited circumstances. Additionally, policymakers in 29 states have enacted additional restrictions on insurance coverage of abortion, and 10 states ban abortion coverage in all private plans. These bans have a devastating impact on women on the brink. A woman who needs an abortion but can’t get one is three times more likely to fall into poverty than a woman who is able to end her pregnancy.

The decision about whether to become a parent is one of the most important decisions we will ever make. It is vital that every woman, even if she is struggling financially, be able to consider all her options in order to lead a great life. But restricting Medicaid coverage of abortion takes that decision away from some women. Policies like these force one in four poor women seeking abortion to carry an unwanted pregnancy to term.

When women can plan whether and when to have children, it is good for them, and good for their families. Passage of the EACH Woman Act will protect a woman’s ability to make personal life decisions, stay healthy and receive safe, affordable care from a licensed provider. 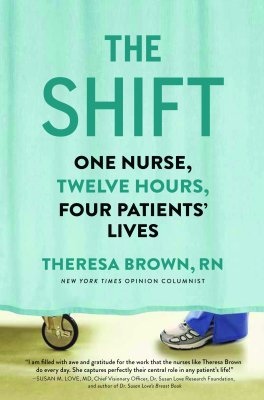 Miss Colorado Started a Needed Conversation About Nurses
Next Up: Editor's Pick