Why Tech Companies Are Swapping Beer Kegs for Baby Benefits

Scour the Manhattan offices of Cover, a mobile startup that lets people pay for restaurant bills with their phones, and you won’t find a single ping pong table, arcade game or beer keg, standard-issue gear at young technology companies across the country. That’s by design, according to co-founder Mark Egerman.

“We were started by people in their thirties who actually wanted to have a respectful workplace,” says Egerman, 33. “We didn’t want to just be appealing to college dropouts who are young and want to be the next Mark Zuckerberg.”

For years, tech companies have touted benefits that would fit right into a college admissions brochure: unlimited free meals, on-campus arcades, nap pods galore. But now, as their workforces age, firms are boosting benefits related to parenting and child care. Though lacking in office games, Cover offers three months of paid parental leave, followed by a childcare stipend of $1,000 per month for parents after they return to the company. To better encourage employees to make use of these benefits, Egerman himself took off for six weeks when his daughter was born in May.

Other child-focused benefits are also growing popular. Facebook gives employees $4,000 whenever they have or adopt a new child, and it will pay for female employees to have their eggs frozen. Google offers one-on-one consultations to new parents to help them find child care facilities. Twitter now offers to ship mothers’ breastmilk home to their infants for free.

These types of benefits are increasingly essential in an ever-more-competitive market for skilled workers, especially as those workers age and gain new family responsibilities. “You could probably argue that it’s become a flagship benefit,” Fred Thiele, Microsoft’s senior director of global benefits, says of paid parental leave. “That’s the grounds on which [companies] are competing most directly.”

Family-focused perks have another purpose, too: Boosting diversity numbers at a time when many tech companies are overwhelmingly male. Men make up more than two-thirds of the workforces at Facebook, Google and Microsoft, with a wider gender divide in tech-focused jobs. Other large tech firms have similar demographics. A company that offers a good parental leave policy and other benefits looks more attractive to professional women trying to balance their careers with their family life.

“That’s one of the first low-hanging fruit of trying to improve gender representation in these organizations,” says Beth Livingston, a professor at the Cornell University School of Industrial and Labor Relations. “Let’s not only allow our women to have families, but also signal that we’re accepting of it.”

Even as companies are boosting benefits, it’s not yet clear how many employees will feel comfortable taking them. At companies that offer headline-grabbing policies like unlimited vacation time, many workers have found peer pressure keeps them from taking advantage of those policies. Nobody likes being the person who abandons their colleagues in the midst of a big project.

“There’s still a very strong strain of the ‘ideal worker’ stereotype,” says Livingston. “It’s easy to put in an HR policy. What’s more difficult is getting people to trust the company enough to use that HR policy.”

Tech companies generally say they try to engender a culture where people feel comfortable taking long leaves. At Microsoft, up to 4% of all employees are out on parental leave at any given time. To maintain efficiency, the company has leave-taking employees develop plans with their managers months ahead of time. Other employees are encouraged to step up for “stretch assignments” where they might take on some of the missing worker’s duties for a short period. “It’s highly manageable for us,” says Thiele.

Two high-profile pregnancies offer a chance for change from the top. At Yahoo, which offers 16 weeks of paid maternity leave, CEO Marissa Mayer has said she will take limited time off when she gives birth to twins she expects this December. Facebook CEO Mark Zuckerberg is expecting his first child with his wife Priscilla Chan, but he hasn’t said how much of his company’s four months of paternity leave he plans to take.

Despite the attention heaped on some tech firms for their generous new benefits, paid parental leave remains a rarity in the United States overall. Just 12% of workers at private U.S. businesses had access to paid family leave in 2013, according to the Bureau of Labor Statistics. A majority of workers are entitled to 12 weeks of unpaid leave to care for a newborn child or sick relative, but half of the workers who take unpaid leave end up cutting it short because they need a paycheck. Even at the companies now touting parental leave as a big benefit, it’s not necessarily universal. After earning initial praise for its new policy, Netflix came under fire when it disclosed that its year-long parental leave is only for employees on the streaming side of its business, not the lower-paid workers that work in its DVD-by-mail operations.

Still, experts say the increase in work-life benefits at tech companies could spread to other sectors. Eventually, parental leave could be viewed as an expectation rather than a luxury, as it is in some European countries. “Overall it’s a positive message,” says Ellen Kossek, a professor at Purdue University’s Krannert School of Management. “There’s still this [tension] going on between what it means to be a leader and rise in these powerful industries and what it means to be an excellent parent. We have to reconcile in our economy more role models of people who are good at both.” 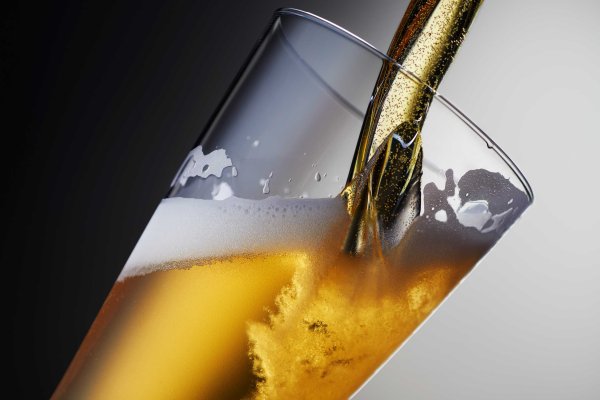 The World's Biggest Brewers Plan a $245 Billion Merger
Next Up: Editor's Pick