Professor Killed in Shooting at Delta State University in Mississippi

A history professor was shot and killed and the campus was on lockdown at Delta State University after an active shooter was reported at the school on Monday.

Professor Ethan Schmidt was killed Monday morning inside an office in Jobe Hall, according to the Associated Press. He led a first-year seminar program and focused on Native American and colonial history, the AP said.

Police are looking for a suspect named Shannon Lamb, a geography instructor at Delta State, Reuters reports. Lamb and Schmidt could be seen enjoying a 2013 staff Christmas party together in a photo album posted online.

Anyone with information is asked to step forward, police chief Charles Bingham of the Cleveland, Mississippi police said at a press conference. Lamb was suspected to no longer be on campus by late afternoon, Bingham said. The university announced in a tweet that Lamb may be driving a black Dodge Avenger.

Police in Gautier, a city about 300 miles away, said that Lamb has also been identified as the suspect in the killing of Amy Prentiss on Monday morning. Prentiss, 41, lived with Lamb in the city, police told the AP.

The university urged people to stay away from windows. The campus remained on lockdown on Monday afternoon. All faculty, staff and students were cleared from academic buildings and moved to the school’s Sillers Coliseum. Students in resident halls were told to remain there. Delta State has roughly 3,500 students.

Delta State University has confirmed one fatality. Campus remains under lockdown. Please stay inside and away from windows.

The Mississippi Highway Patrol, Cleveland Police and Bolivar County Sheriff’s Department were all on the scene, according to the university’s Twitter account. The Mississippi Governor’s office had also offered its assistance, the school said.

Secondary schools in the area were on lockdown as a precaution, according to the Bolivar Commercial, a local newspaper, but all children in the schools were safe. 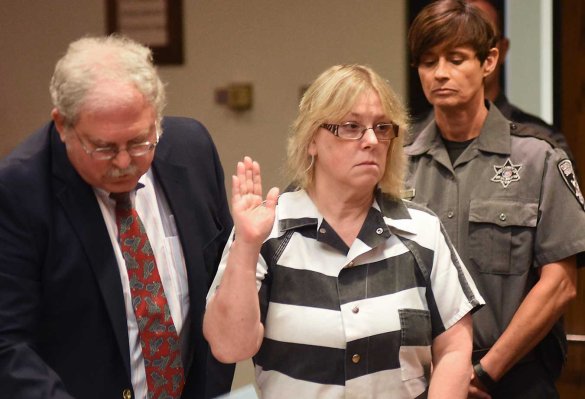