Why Donald Trump Is Wrong About Macy’s CEO Pay

In an interview over the weekend with CBS’s “Face the Nation” host John Dickerson, the Trump was asked about CEO pay – which Dickerson said is, on average, 350 times larger than the average worker’s compensation – and how that plays into inequality.

Trump responded by pointing out that CEOs stack their boards with allies that won’t stand in the way of high pay. He specifically called out one company: department store operator Macy’s. He went on to say that CEOs are making “enormous amounts of money and it is a complete joke.” A Macy’s representative wasn’t immediately available to comment on Trump’s statements.

It isn’t exactly a surprise that Lundgren generated Trump’s ire. Macy’s enraged Trump earlier this year when it announced it would phase out its Trump line of menswear after the Republican presidential candidate made derogatory comments about Mexican immigrants.

Trump’s attacks on Lundgren’s compensation, however, are completely unfounded.

Most of the compensation that Macy’s grants senior management is performance based and that means the company’s board, no matter how friendly it is to Lundgren, doesn’t have a direct hand in how much the executives are compensated.

For Lundgren, 87% of total direct compensation is through incentives that are tied to changes in stock price and other pre-determined performance objectives. The targets focus on sales, earnings before interest and taxes, and cash flow (roughly half is tied to Macy’s earnings performance).

Lundgren, CEO at Macy’s for 12 years, is certainly well paid. His total compensation totaled $16.5 million in fiscal 2014. But just $1.6 million of that was in salary (roughly flat with the prior two years). Most of the compensation was tied to stock and option awards.

Macy’s has performed very well under his watch, generating consistent gains in sales and profits. The top line has increased from $25 billion in 2010 to $28.1 billion last year, while adjusted earnings grew from $2.39 billion to $2.89 billion over the same period.

Macy’s stock has also performed well over the past several years, vastly outperforming the benchmark Standard & Poor’s 500 index, and the S&P retail index. A $100 investment in Macy’s at the end of January 2010 would be worth north of $400 five years later (including the reinvestment of dividends). Over that same period, the S&P 500 and retail index only grew to around $200 each.

To be fair, Macy’s is currently underperforming: Shares are off about 12% so far this year, lagging the S&P 500. Macy’s generated headlines recently when it announced plans to close 40 stores. But that more muted performance won’t be reflected into executive compensation until next year. 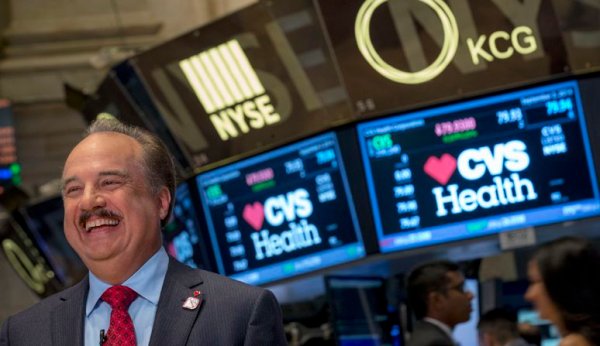 Salaries For These CEOs Make Pay For Big Bank Bosses Look Modest
Next Up: Editor's Pick