How To Reduce Smoking Without Banning Tobacco Sales

Last November, the Board of Health for Westminster, a town in central Massachusetts, proposed prohibiting all tobacco sales – even e-cigarettes – in the town.

Westminster’s three-person Board of Health said that the proposal was meant to protect the next generation from tobacco and nicotine products. The board expressed frustration at its inability to keep up with the seemingly endless barrage of new tobacco products that appealed to minors. Ending all tobacco sales seemed like a clean and quick fix.

But in the face of intense opposition, Westminster’s Board of Health voted to drop the proposal. While banning tobacco sales might have protected children, many felt the proposal infringed on the “rights” and “freedoms” of adults. Some also suggested that people would simply go to other towns to buy tobacco products.

In proposing to ban all tobacco sales at once, Westminster’s Board of Health got ahead of itself. But there are plenty of other strategies that cities and towns can use to effectively reduce tobacco use – especially in young people – that don’t go as far as a total sales ban.

These measures, while aggressive, might help diffuse complaints of “prohibition” and instead keep the focus on dramatically reducing the 480,000 deaths caused each year by tobacco products. And, critically, these policies avoid the pitfalls that doomed the Westminster proposal.

To protect kids, make it harder for them to buy cigarettes

While tobacco sales to people under 18 are prohibited, most high school students report that they have little difficulty in gaining access to cigarettes.

There are two policy options that would make it a whole lot harder for kids to start smoking, while not preventing adults from buying tobacco products: raise the legal buying age to 21 and restrict cigarette sales to adult-only retailers.

A recent study found that raising the tobacco-buying age to 21 in the Boston suburb of Needham led to a nearly 50% decline in youth smoking, a much steeper decline than was seen in surrounding communities.

Already, more than 90 communities around the country, including New York City and the entire state of Hawaii, have looked at the evidence and decided to raise their tobacco sales age to 21.

Obviously this helps prevent sales to minors. But raising the tobacco buying age doesn’t shield minors from tobacco advertising. Since other avenues of tobacco advertising (TV, billboards, sports sponsorships) have been sharply limited or prohibited, tobacco companies have focused nearly all of their advertising dollars on retail stores where tobacco is sold.

In effect, the tobacco industry has used marketing contracts with retailers to transform the nearly 400,000 retail stores around the country that sell tobacco products into recruitment centers for new tobacco users. And numerous studies confirm that the more time youth spend in convenience stores (70% visit them at least once a week), the more likely they are to smoke.

Limiting tobacco sales to retail locations that only adults are permitted to enter would remove this barrage of tobacco advertising from the convenience stores where teens spend a significant amount of time. It would also make it easier to prevent minors from purchasing cigarettes.

This is not a radical strategy; it’s similar to how liquor sales are currently regulated in most states. Ideally, limiting cigarette sales to adult-only retail outlets would be done in conjunction with raising the minimum buying age for tobacco from 18 to 21.

These policies wouldn’t prevent adults from purchasing tobacco, but they would help keep youth from taking up smoking (while also making it easier for current smokers to quit).

Focus on the most dangerous tobacco products

Westminster’s Board of Health proposal to ban the sale of all tobacco products also included e-cigarettes, which contain nicotine derived from tobacco. This struck many as radical and unwarranted.

The vast majority of all tobacco related deaths result from the use of only one particular product: the cigarette.

People use tobacco products primarily because nicotine is addictive. Nicotine itself is not benign, but on its own it’s much less harmful than the smoke and tar produced by burning tobacco. E-cigarettes and other vaporized nicotine products are almost certainly less toxic and less harmful when used instead of conventional cigarettes.

A bold yet more incremental step would be to allow the sale of potentially less harmful products, like e-cigarettes, while sharply limiting sales of conventional cigarettes and other combusted products. This might take the form of exempting e-cigarettes from the adult-only retailer policies described. Or, potentially, a community might consider prohibiting allcigarette sales, while allowing sales of non-combustible products.

If cigarettes were harder to come by, the “harm reduction” potential of e-cigarettes would be much more likely realized. As summarized by the Surgeon General:

But the evidence to date indicates that e-cigarettes are primarily being used along with cigarettes, rather than instead of them. In addition, use of e-cigarettes by youth, which is rapidly expanding, puts these youth in danger of “graduating” to cigarette use.

A recently published study found that adolescents who had used e-cigarettes were more than twice as likely as their peers to subsequently start smoking. Making it harder for adolescents to obtain cigarettes would help reduce the likelihood that minors using e-cigarettes move on to smoking.

Get community support before acting

The most important lesson of Westminster’s experience may be that policymakers cannot get too far ahead of their communities. As public health law scholar Wendy Parmet recently wrote:

Rather than announce a plan to ban the sale of all tobacco products, the Westminster board of health could have instead started a series of community discussions about the problem of tobacco use – and youth tobacco use in particular.

It is likely that such discussions would have quickly produced broad consensus about the need to better protect youth from tobacco, which could have then led to a discussion about potential policy solutions (such as those discussed above).

It is also notable that some of the loudest critics of the proposed Westminster law were proponents (and users of) e-cigarettes, many of whom struggled for years to quit cigarettes. Including this community in early discussions could have led to a shared vision about how to minimize the dangers of e-cigarettes while focusing on the much more significant harms caused by cigarettes.

Making sustainable public health policy requires the slow but important processes of community engagement, education, compromise, and consensus building. With deliberate and incremental steps to reduce the prevalence of tobacco in our communities, we can save countless lives. 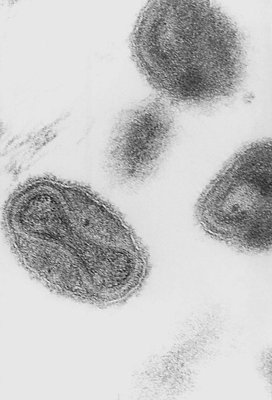 How Smallpox, Believed Dead, Killed Again
Next Up: Editor's Pick