The Madge-themed weather roundup aired before her Saturday “Rebel Heart Tour” show at the Verizon Center in D.C. “Now you’re thinking, papa, don’t preach, we’re in trouble deep, but fear not there is a ray of light,” Thomas said in his inspired report. “Some parts of the region will be touched for the very first time by rain this month on Saturday, so grab, grab that umbrella as you head down to the concert.”

The weatherman told Mashable that he and his team spent around four hours prepping for the poptastic forecast before filming it in 15 takes. 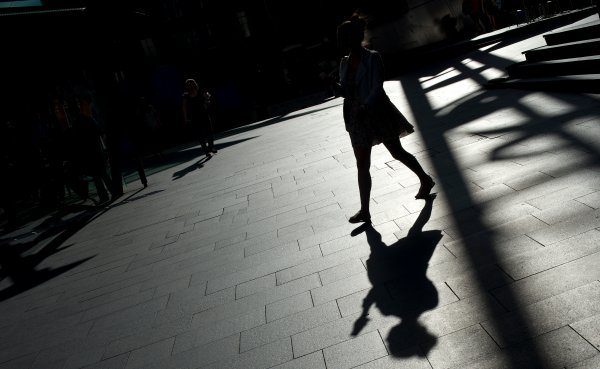 Watch This Little Girl Try to Escape Her Shadow After Discovering It for the First Time
Next Up: Editor's Pick