Employees work on the fuselages of three Airbus aircraft inside a hangar at the company's production plant in Hamburg, Germany.
Bloomberg—Bloomberg via Getty Images
By Jonathan Chew / Fortune

French plane manufacturer Airbus will unveil a $600 million factory in Alabama, setting itself up for a dogfight with Boeing on its home soil.

Its new plant in Mobile for single-aisle airplanes is part of a strategy to increase Airbus’ share of the U.S. market from 20% to 50%. The facility is just the second one built outside of Europe, and deliveries to carriers like American Airlines – operator of the largest Airbus fleet in the world – could knock market share up to 40% in no time.

“Our first U.S. facility has been years in the making,” Airbus CEO Fabrice Bregier said, as reported by Bloomberg. “It is the most significant, game-changing incident in U.S. aerospace in years.”

The first two single-aisle jets, bound for JetBlue and American, will be made in Mobile, and the factory will serve as a manufacturing hub for North American customers, Airbus said.

It’s a big move in a market traditionally favoring the Chicago-based Boeing, and a big reason is the competitive backlog of orders for narrowbody jets, the backbone of many carriers. Backlogged orders currently number at 5,181 for Airbus to 4,253 for Boeing, according to data compiled by Bloomberg Intelligence.

Both planemakers are engaged in a fierce race for jetliner orders, resulting in a near-record pace of orders in an industry that has seen delivery delays. Last year, according to the Wall Street Journal, Airbus beat Boeing in new orders for 2014, although it delivered fewer aircraft than its rival. The chart below shows the competitive history between both companies: 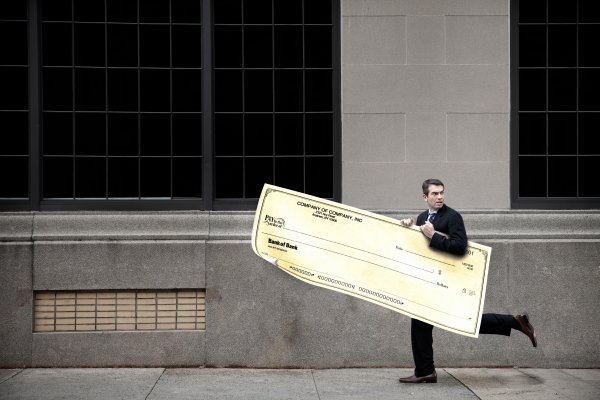 The IRS Doesn't Want Your $100 Million Checks
Next Up: Editor's Pick