Ben Carson Finds His Voice on the Campaign Trail

Former neurosurgeon Ben Carson’s unusual rhetorical style was on full display last week when he appeared in Ferguson, Mo., to speak about last summer’s shooting of an unarmed black teenager and the racial tension that sprouted in its wake.

When he began the press conference, he became visibly emotional, taking long pauses to collect himself as he spoke about his own experience growing up poor in Detroit. When he talked about the issues, his tone returned to the pitch of a doctor’s bedside manner: sedate and understated.

“I heard more than one time how the thing that really inflamed the community was the fact that Michael Brown’s body laid out on the street for four hours,” he said. “I think a lot of people understood that he had done bad things, but his body didn’t have to be disrespected. I heard also that people need to learn how to respect authority.”

In both tone and substance, Carson’s message these days is a far cry from that of his Republican rivals, especially frontrunner Donald Trump, with whom he has deliberately avoided confrontation. He’s also more measured than earlier this year, when he argued that prison makes people gay, apologizing hours later, or compared ISIS militants to the Founding Fathers.

He’s now promoting policies that are conservative, but not extreme. He compared his own immigration plan, which favors allowing undocumented immigrants to become guest workers, to Trump’s strategy of deporting all 11 million: “It sounds really cool, you know, ‘Let’s just round them all up and send them back,'” he said. “People who say that have no idea what that would entail in terms of our legal system, the costs—forget about it. Plus, where you gonna send them? It’s just a double whammy.”

Carson appears to have found his voice as he comes off several weeks of strong polling which show him in second place. Despite a typically understated appearance at the Aug. 6 Fox News debate and a quiet August campaign schedule, Carson moved up the polls throughout the month.

As one of the outsider candidates with no formal political experience, Carson has leaned on his personal biography and his intelligence as the first doctor to successfully separate conjoined twins at the head.

“I find it quite humorous when people say, ‘he’s an idiot savant,'” he said in an interview on CBS Sunday. “Just the fact that they would say something like that—they don’t know what it takes to become a neurosurgeon. That’s pretty idiotic itself.”

And at an event in San Francisco last week, when asked about his lack of foreign policy experience: “There’s nobody who knows everything,” he said. “The people who do the best are the ones who know how to utilize experts.”

In an interview with TIME, Carson’s campaign manager Barry Bennett echoed this theme. He said they’ve begun implementing “parlor sessions” for Carson, where the candidate receives a stack of briefs in the morning about a particular issue, then meets that afternoon with experts to ask questions and learn more. They recently held one with former CIA agents about the situation in Afghanistan.

Carson’s calm demeanor was tested when he inadvertently angered the other frontrunner last week. Carson was speaking about his faith at an appearance in California was asked to compare himself to Trump: “Probably the biggest thing: I’ve realized where my success has come from, and I don’t in any way deny my faith in God,” he said.

But in a move almost unprecedented in a bruising political primary, Carson backed off the comments and actually apologized to Trump.

“I said something that sounded like I was questioning his faith,” Carson told the Wall Street Journal. “I really wasn’t, I was really talking more about mine. But it was said in an inappropriate way, which I recognized and I apologized for that. It’s never my intention to impugn other people.”

Carson’s communications director Doug Watts told TIME that the nice-guy campaign has been a strategy from the beginning. “We made a choice at the beginning of the campaign, when we never envisioned Trump getting into the race, that we were not going to be criticizing, attacking or dealing with any of the other candidates and their campaigns even if assaulted by them, which we expect to happen,” he said. “It’s not Dr. Carson, it’s not the way he works.”

The second Republican debate will be on CNN on September 16. Barry Bennett, Carson’s campaign manager, gave TIME a simple answer when asked how Carson will stand out this time: “He’s got this likability thing,” Bennett said. “His eyes and his smile; he’s self-deprecating and he’s funny. He’s pretty much a central-casting candidate.”

Read Next: The Secret of Ben Carson’s Campaign Success: Facebook 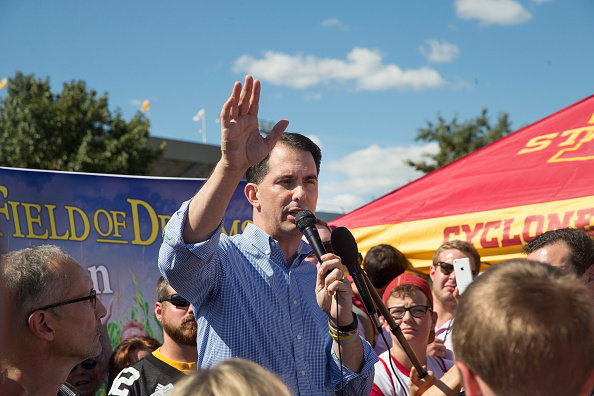 Scott Walker Seeks to Revive Campaign
Next Up: Editor's Pick