Joyce Mitchell, the prison worker who pleaded guilty to helping prison inmates Richard Matt and David Sweat escape New York’s Clinton Correctional Facility in June, has said that she was sexually assaulted by one of the escapees.

Mitchell wiped away tears as she described the alleged assault she suffered at the hands of Matt, who was killed by law enforcement in late June after nearly three weeks on the run. Sweat was re-captured just two days afterwards.

“Mr. Matt had grabbed me a couple times and kissed me and then there was one point where he had… he wanted me to perform [a sex act] on him and I said no. And when I said no, he grabbed my head and pushed me down,” Mitchell told the Today show’s Matt Lauer in an exclusive jailhouse interview on Monday.

“There was never any consensual [sexual contact],” she insisted, reaching for tissues.

Mitchell did admit that she struck up a flirtation with the two men, “but that’s all it ever was.”

“I was going through a time where I felt like my husband didn’t love me anymore. I guess they saw my weakness,” she said. “Their attention made me feel good.”

At first, Mitchell said, she just brought the two men cookies and brownies. She was nervous that she’d get caught, but said she never did. “They were supposed to check bags,” she said. But she was never stopped.

Eventually, the two men began asking for more than baked goods, asking her to bring them the tools they needed to escape. “I’m like, ‘I can’t get you that,’ ” Mitchell recalled saying.

But when Matt allegedly threatened to hurt her husband, Lloyd, she agreed to help them, smuggling in a star bit, four hacksaws and a chisel. The men would brag about their progress to her. “Everybody tells me I’m way too nice,” Mitchell said. “I guess I got a little too comfortable.”

Now, she’s paying for her mistake, facing up to seven years when she’s sentenced later this month. “It’s nerve-wracking because it’s not some place I ever expected to be,” she told Lauer of being in prison. “I did wrong, I deserved to be punished, but people need to know that I was only trying to save my family.” 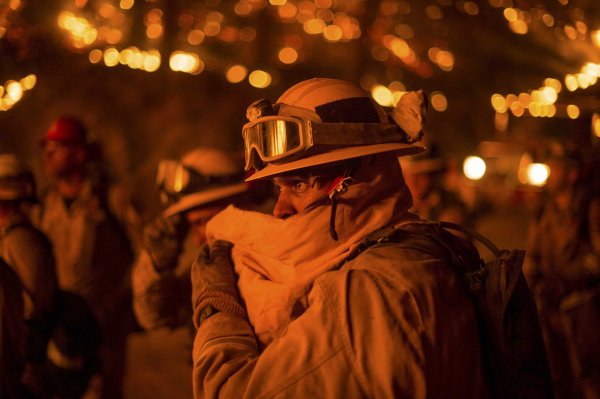