Member of Ladies in White are led away by police in Havana at a previous rally on July 19.
Desmond Boylan—AP
By Julia Zorthian

Police in Cuba detained over 50 Roman Catholic protestors after they left mass for a march on Sunday, less than a week before Pope Francis touches down in Havana.

The activists were members of the group Ladies in White, a largely Roman Catholic group that advocates for the Cuban government’s release of political prisoners. As the protestors completed their weekly march from Santa Rita Catholic Church in Havana, roughly 40 women affiliates and a dozen male supporters veered off their authorized route. Around 200 police officers then rounded them up, Reuters reports.

Members of the Ladies in White plan to attend the masses in Cuba that Pope Francis will lead after he arrives in Havana on Sept. 19. Dissidents will likely protest during the Pope’s visit.

“The Church should be concerned about this or any time human rights are involved,” said prominent dissident group leader Jose Daniel Ferrer, after he was detained in the march and then freed on Sunday. “It is their duty.”

Marchers with the Ladies in White have been subject to similar detentions on Sundays in the past while they have rallied in opposition to the government. The group has also criticized the Roman Catholic Church and Cuban Cardinal Jaime Ortega for failing to advocate for their cause. 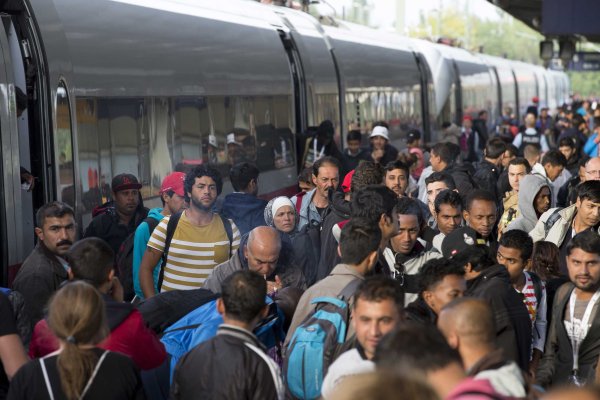 Germany Says It Will Take 1 Million Refugees
Next Up: Editor's Pick