Forget Batman v Superman. How about Batman v Bourne? According to Matt Damon, the Caped Crusader can’t hold a candle to Jason Bourne.

During the Toronto International Film Festival, E! News asked the actor if his action hero persona could take on Batman, played by his pal Ben Affleck in the upcoming Batman v Superman: Dawn of Justice.

“Jason Bourne would kick the s–t out of Batman — absolutely!” Damon said. “Batman’s gotta take on Superman first. If he could beat him then maybe he could take on Jason Bourne.”

Damon is in the middle of filming the fifth Bourne movie, directed by Paul Greengrass and co-starring Julia Stiles and The Danish Girl’s Alicia Vikander. According to him, he doesn’t need to portray a comic book character when Bourne is his superhero.

“I think they’re kind of out of superheroes,” he said. “Ben’s going to be like the sixth or seventh Batman, so I don’t think there’s really any left. So I’m good. Jason Bourne is my superhero.”

Damon will be seen next in The Martian, opening in theaters Oct. 2. 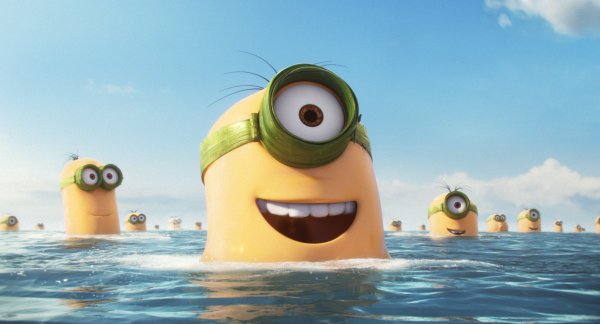