“There were military supplies, they are ongoing and they will continue,” Lavrov told Russian news agencies, according to Reuters. “They are inevitably accompanied by Russian specialists, who help to adjust the equipment, to train Syrian personnel how to use these weaponry.”

The Kremlin supports Syrian President Bashar Assad in the country’s four-and-a-half-year civil war that has killed around 250,000 people, and has repeatedly claimed its military aid is aimed at combatting terrorism and adheres to international law.

The U.S. leads coalition air strikes in Syria and Iraq against the Syrian regime’s enemy, ISIS, but opposes Assad. Both Washington and Gulf states have called Russia’s operations in Syria a military buildup, and U.S. President Barack Obama said the Russian intervention was “doomed to failure” on Friday during a town-hall meeting at Fort Meade.

Russian President Vladimir Putin plans to speak about Syria in his address to the U.N. General Assembly later this month, according to Lavrov. Putin is also expected to discuss the conflict in Ukraine, the global economy and sanctions against Russia.

“He will touch specific aspects, such as Syria, the Ukraine crisis,” Lavrov said. “All these crises arise from systemic problems regarding attempts to freeze the process of forming a polycentric world.” 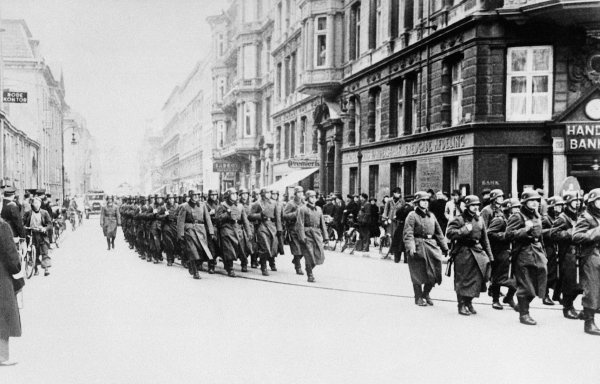 The Rosh Hashanah Warning That Saved Denmark's Jews
Next Up: Editor's Pick