Huge Anti-Graft Protests in Moldova Have Entered Their Second Week

Huge anticorruption demonstrations in the Moldovan capital Chisinau have entered their eighth day, with protesters calling for the government’s ouster and early elections.

About 20,000 people took to the streets Sunday to demand an investigation into why an estimated $1.5 billion vanished from three Moldovan banks, reports the BBC.

Since protests began on Sept. 6, demonstrators have camped at the city’s central plaza demanding the resignation of the President, the general prosecutor, the national bank governor and others, according to the Associated Press. They say authorities have failed to hold to account those responsible for the fraud.

The state had to bail out Moldova’s Savings Bank, Social Bank and Unibank and put them under special administration when the financial losses came to light in November. An audit by financial-investigation firm Kroll in May found the money was siphoned out of the country in a string of complex transactions and dodgy loans, reports the Guardian.

Sandwiched between Ukraine and Romania, tiny Moldova is one of Europe’s poorest nations. The fraud led to a sharp decline of the national currency, the leu, and hit standards of living for its 3.5 million citizens.

The government is yet to respond to the protesters’ demands. 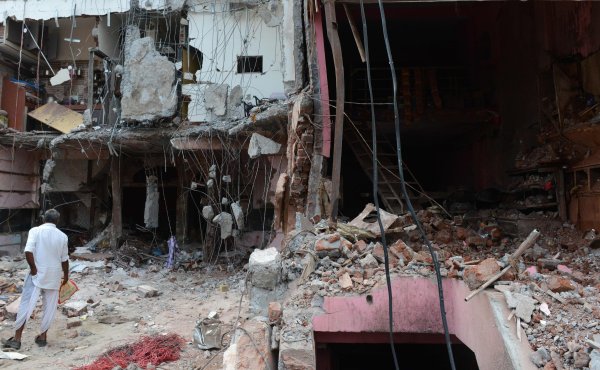 Authorities in India Hunt for Blast Suspect
Next Up: Editor's Pick