A former Denver, CO. radio DJ—fired after a 2013 meet-and-greet with Taylor Swift led to accusations from the singer that he had “grabbed her bottom”—is suing her.

David Mueller, whose radio pseudonym was “Jackson,” filed a lawsuit in federal court claiming the accusations are not true, according to CNN.

The incident occurred in June 2013, when Mueller and his girlfriend and co-worker, Shannon Melcher, attended a meet-and-greet with Swift for work. Mueller and Melcher joined Swift for a photo, after which Swift allegedly complained to her security team that Mueller had lifted her “skirt with his hands and grabbed her bottom.” Mueller and Melcher were immediately removed by Swift’s security personnel; afterwards, Mueller was fired.

“The contention that Mr. Mueller lifted up Ms. Swift’s skirt and grabbed her bottom, while standing with his girlfriend, in front of Ms. Swift’s photographer and Ms. Swift’s highly trained security personnel, during a company sponsored, VIP, backstage meet-and-greet, is nonsense, particularly given that Ms. Swift’s skirt is in place and is not being lifted by Mr. Mueller’s hand in the photograph,” the lawsuit said, according to CNN.

The photograph was unavailable, but both sides contend it backs their side.

Swift’s camp has described the photograph as “damning.” “The radio station was given evidence immediately after the incident. They made their independent decision,” a spokesperson for Swift said in a statement. 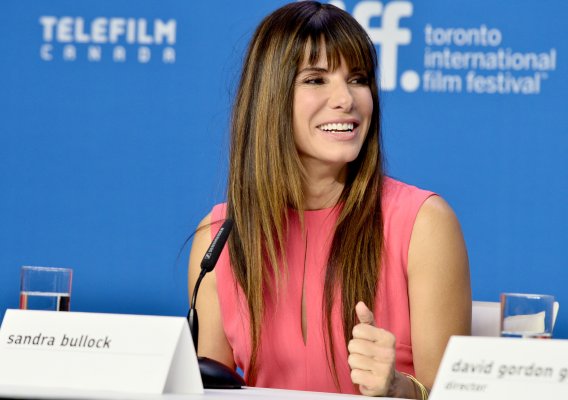 Sandra Bullock Brilliantly Shuts Down Reporter's Question About Her Hair
Next Up: Editor's Pick