In honor of what would have been John Lennon’s 75th birthday, Yoko Ono will attempt to orchestrate the world’s largest human peace sign.

Rolling Stone reports the event will take place on Oct. 6 in New York City’s Central Park, commemorating the late Beatle, who was born on Oct. 9, 1940 and assassinated in 1980.

Ono hopes to convene between 6,000 and 10,000 people at the park’s East Meadow and arrange participants into a peace sign before an aerial photograph is taken at 12:30 p.m. If enough people attend, the tribute will break the Guinness World Record of 5,814 people.

Ono announced the event outside New York’s city hall on Thursday, where a group of city officials and children held a Lennon sing-along. In the month leading up to Lennon’s birthday, the “John Lennon Educational Tour Bus,” a nonprofit mobile audio and video recording facility, will be stationed at different locations across the city for educational programs. 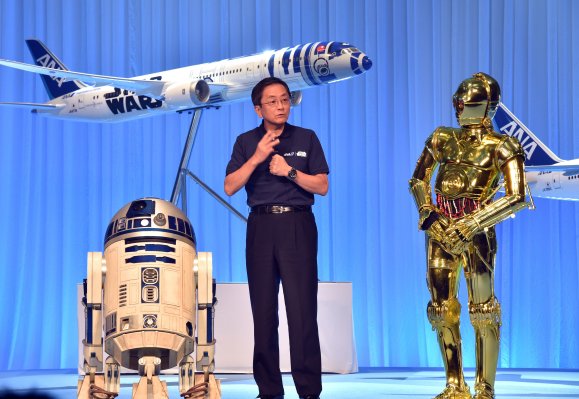 You Will Soon Be Able to Travel in a Star Wars-Themed Aircraft
Next Up: Editor's Pick