When Stephen Colbert announced his first week’s lineup as host of the Late Show on CBS, one unfamiliar musical act invited speculation: just who was this mysterious Paul Simon tribute band called Troubled Waters? But when the band took the stage Friday night, the rumors were put to rest, as Troubled Waters, it turned out, was helmed by none other than Simon himself.

Simon pretended to be an impostor as Colbert recounted a story of the real-life Simon rejecting his request to whistle the solo to “Me and Julio Down by the Schoolyard.” Bristling at the injury, Colbert got Simon to admit that yes, “Paul Simon is a bit of a jerk.”

The pair went on to perform the song, with Colbert fulfilling his lifelong dream alongside the 12-time Grammy-winning artist. The verdict on Colbert’s solo? A little pitchy, but full of pizzazz. 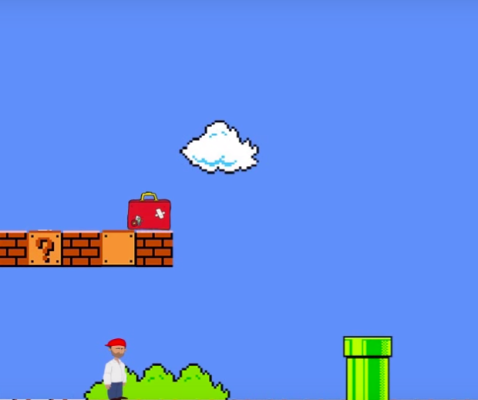 Artist Creates 'Syrian Super Mario' to Show the Hardship of Being a Refugee
Next Up: Editor's Pick