Why We Shouldn't Laugh at Those Dress-Up Victorians

Did you hear the one about the two Victorians who everyone hates? Vox ran an article by a woman, Sarah A. Chrisman, who decided that she and her husband wanted to live in the Victorian age. So they do. They wear Victorian outfits and live in a Victorian house and read Victorian things. Real Victorian things, like long articles from the 1870s about the giant tricycles they ride for hundreds of miles on their vacations together—vacations that they return from, one imagines with a tinge of jealousy and annoyance, not feeling fat.

Enough. I mean, at this point, the mechanical clock Chrisman winds in her parlor every morning is probably the only moving thing in the world that hasn’t had a laugh at her expense. The more serious charge leveled against these two is that their worship of this period in history has failed to take into account its considerable violence, disease and prejudice.

“Would you accept the fact that immigrant children in your town worked in a factory, or protest against it? If you’re female, would you drop your education when your family thought you’d had enough? These are choices that the sealed world of the Chrismans’ re-enactment doesn’t demand of them,” went a Slate reaction piece. The basic consensus on Twitter: the Chrismans are up in the attic playing dress up without thinking about the fact that if anyone were in the attic with them, those people might be sharecroppers, or dying of tuberculosis.

I don’t know all of the people who made fun of them. (Except for myself, just once, for a second.) But a bunch of urbanish youngish people piling on the Chrismans is kind of like making fun of someone you played high school football with for winning the Super Bowl. The Christmans are just an extreme version of people who live in Brooklyn or Oakland and get blood sausage in their beards, and make a really big deal that they buy their meat in bulk from a farmer they trust rather than the cashier at Safeway that they stare through like a window when they go to buy toilet paper and LaCroix. The organic/artisal food movement is about both reasonable desires for healthier food and an attempt to live in some idealized agrarian past, which its adherents like to imagine was all barn raisings and potato salad, but which actually involved a lot of backbreaking labor and the Dust Bowl and waking up to find that your entire flock had frozen to death.

It seems like the Chrismans just want a life that feels better to them. But we farmer’s marketeers and $20-per-pound carnivores are pretty comfortable with the narrative that comes with all that stuff, about sustainability, about a “truer” way of life, even though there’s nothing so sustainable about extremely expensive groceries, even though the only thing that’s true about that stuff is that there’s are too many people on the planet and not enough room or food on it.

The Chrismans are accused of not understanding the context of the past. But do we behave in a way that suggests we consider the context of the present? Also, it’s important to remember that the Chrismans don’t actually live in the past. That’s a pretense. But we do actually live in the present, for real, and we don’t inhabit it much more realistically than they do.

Do we walk around understanding that we produce 4.6 pounds of garbage a day? Or that our cars produce 4.75 metric tons of CO2 every year? Do we think about the fact that the cities we live in right now could be underwater soon? I’m not saying that we’re bad people. I am saying that human beings have a tendency to avoid living in reality if they have the means to do so.

Our world is not an obviously sealed re-enactment, but it is an enactment for sure, in the sense that we live in a time when we do have some awareness of the horrible consequences of our habits but behave as if we still lived during a time when we didn’t. We act as if the tiny changes that we make, like recycling shampoo bottles or grocery shopping with our own bags, are going to interrupt the tide of waste that just keeps rising.

It’s not that the issues about class, sex, race and health raised by the Chistman’s critics aren’t important. But the idea that they have a corner on the obliviousness market is a massive fiction. And maybe that’s why they irritate us into laughing at them: they’re a worsted-wool, corseted reflection of our own massive delusion.

If we actually allowed a stinging awareness to seep into our day-to-day life the way that critics of the Chrismans say the reality of Victorianism should seep into theirs we’d probably all go crazy. In fact, some of us might go crazy enough to pretend we lived in another time. 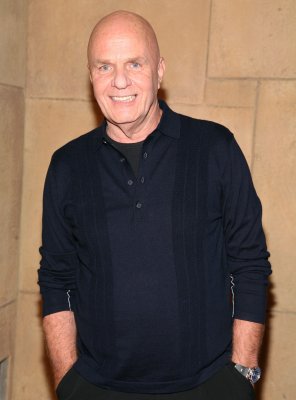 Self-Help Guru Wayne Dyer Dies at 75
Next Up: Editor's Pick