How to Help Your Kids Handle Pressure

It can be exciting for kids to go back to school: start new classes, see old friends. But new starts, and new responsibilities, can also put kids under pressure.

And that pressure can be a big issue for kids and parents.

According to Lynn Lyons, a clinical social worker and psychotherapist, and the author of Anxious Kids, Anxious Parents: 7 Ways to Stop The Worry Cycle and Raise Courageous and Independent Children, anxiety is currently the number one reason parents bring a child to a mental health provider.

No parent has the time to read nonsense. Get a weekly roundup of just the good stuff here.

But pressure doesn’t have to lead to anxiety. It can also lead to learning. “The trick,” Lyons says, “is to give kids skills to manage realistic pressures without asking them for more than they can handle.”

Parents can start that process with elementary school kids by letting them know that some uncertainty in life is O.K.. When young kids are feeling pressure, Lyons says, “we tend to try to give them reassurance and information, and tell them it will be O.K.” But pressure comes, Lyons says, from the need to know the outcome. And nobody really knows that. Instead, says Lyons, parents can help kids get comfortable with the fact that they don’t know exactly what will happen next, and start conversations about the “mights and maybes” of life.

The central pressure in the lives of middle school kids is social. But Lyons says middle school kids are so “acutely aware of social ranking and status,” that it can be hard for parents to start direct conversations with them about the social pressures they face. She suggests that parents bring up topics they want to connect with middle school kids on indirectly: “Present their issue,” she says, but in disguise. Perhaps make it a question about a third person. Middle school kids, according to Lyons, are much more likely to share their thoughts and give answers “if it’s not about them.”

High school kids need to be supported in their autonomy, says Lyons. The most important skill to teach them here is how to tell the difference between what matters, and what doesn’t. And the best teacher, Lyons says, may be life itself. “What parents are doing right now is stepping in and fixing too quickly,” Lyons says. “They try to relieve pressure” by getting involved. But the real message that sends kids, says Lyons, is “I don’t think you can do it.” Instead parents can remind kids that it’s okay to be uncertain, to be uncomfortable—and sometimes to fail, all in the process of learning.

And, Lyons says, to help kids recognize that there’s more than one way to succeed. “A lot of times, the pressure on high schoolers comes from this belief that there is only one path to success, and the decisions they make now are permanent.” Parents can help them by starting conversations about the fact that life isn’t about “rigid pressure to do it this one way,” says Lyons. “Things are changeable, you can adapt, and problem solve, and manage what life throws at you.”—Carey Wallace 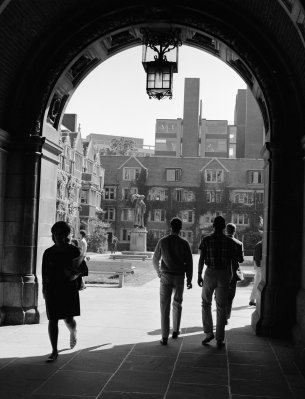 How Parents Make Things Worse For Struggling College Students
Next Up: Editor's Pick