Minnesota health officials have linked several Chipotle franchises in the state to a recent outbreak of salmonella.

Some 45 people have fallen ill, with five hospitalized, but the Minnesota Department of Health says eating at the Mexican-themed restaurant is now safe. Officials have identified the possible ingredient and swapped it out, according to the Minnesota Star Tribune.

Infections were mostly limited to South-Eastern Minnesota, including Chipotle franchises in the Minneapolis-St.Paul area. The outbreak could have been much larger, officials say, but taking action early gives them a good chance of catching cases that haven’t developed.

A salmonella infection can cause diarrhea, stomach pains and fever. According to the CDC, some 400,000 cases are reported every year in the US. Around one in four require hospitalization. 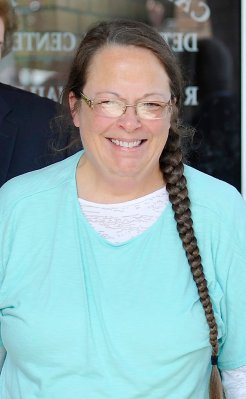 Kentucky Clerk Will Return to Work on Monday
Next Up: Editor's Pick