These Are Richard Branson's 10 Rules for Being a Great Leader

Whether he’s showing up to a press event dressed as revolutionary Che Guevara or kite surfing across the English Channel, Virgin Group chairman Richard Branson seems to really enjoy his life.

And it’s translated into an eclectic empire of companies under the Virgin name, including airlines, a bank, and an upcoming hotel chain. He’s a self-made billionaire who dropped out of high school and has never stopped doing things differently in his 40-year-plus career.

In his book The Virgin Way: Everything I Know About Leadership, Branson breaks down the top 10 rules that have motivated him every step of the way. We’ve explained them below:

Branson has never been someone to back down from an idea because others criticized him for it and admires those who take the risk on something extraordinary.

That said, Branson never jumps into a project that will ruin him if it fails. It’s a lesson he learned from his father, who allowed him to drop out of school to start a magazine as long as he sold enough advertising to cover the cost of printing.

He uses the investing term “protecting the downside” to describe this limiting of risk, and it’s how he convinced his business partners to join him in making the huge leap into the airline industry in 1984. They could trust him to pursue this seemingly ridiculous idea since he got Boeing to agree to take back Virgin’s one 747 jet after a year if the business wasn’t operating as planned.

Branson’s a firm believer in philanthropy and has signed Bill Gates’ and Warren Buffett’s Giving Pledge, a promise to donate at least half of his fortune to charity.

He recommends charitable works as a great way to unite employees, and it’s why he gets large groups of Virgin employees to run the New York and London marathons to raise money for their favorite charities.

3. Believe in your business.

“A passionate belief in your business and personal objectives can make all the difference between success and failure. If you aren’t proud of what you’re doing, why should anybody else be?” Branson writes.

Branson says that the heart that unites all of the disparate companies under the Virgin name is a dedication to fun. “Fun is one of the most important — and underrated — ingredients in any successful venture. If you’re not having fun, then it’s probably time to call it quits and try something else,” he writes.

Sometimes he’s taken the fun too far, as when he was arrested in the ’90s for a prank against his business partner gone wrong. But he has no regrets.

He recommends breaking down barriers in your business’ corporate hierarchy through parties and other events to keep employees comfortable and open to sharing ideas.

Whether he’s developing a commercial space flight line or breaking a world record in a hot air balloon, Branson is always in pursuit of a difficult challenge to overcome.

Like any other entrepreneur, he’s failed at times — like when he tried to take on Coca-Cola with Virgin Cola or had to close the Virgin Megastore — but he’s always moved on to another venture, all the wiser.

Not all bets can result in a huge success, but that doesn’t mean you shouldn’t make them.

While growing up with dyslexia, Branson developed a habit of writing things down so that he could remember them. It’s a practice he says he has maintained since childhood, and so he never goes anywhere without a physical notebook.

He says it has become his secret weapon as a businessman, since he is constantly making note of what others say, in addition to jotting down ideas as soon as they come to him.

“The art of delegation is one of the key skills any entrepreneur must master,” Branson writes. The most successful leaders know that they do not have the time or learning capacity to excel at every aspect of their company and thus hire people to take care of things they’re either not good at or should not be wasting time on.

“It also gives you time to spend with your family, which is really the most important thing of all,” he says.

Don’t be someone who gets stuck in front of a computer all day. Push yourself to get lunch with coworkers; grab coffee with someone in your industry.

You’ll have no chance of rising through the ranks or getting your own company recognition if you don’t actively build relationships in person.

9. Communicate among all levels of your company.

Branson doesn’t believe in barriers between levels of employees, and thinks that a CEO should never forget that they are defined by their team.

He points to the Pixar campus, which is designed to make it easier for employees from different parts of the company to run into each other, allowing for the chance of an exciting new collaboration to arise.

To Branson, his $5 billion wouldn’t mean anything if he didn’t actually enjoy what he was doing. He sees success as a constant pursuit and indulgence of happiness. It’s why he has his own private island.

But, he writes, “as long as you are surrounded by the people you love and doing what you love, it really doesn’t matter where you are.” 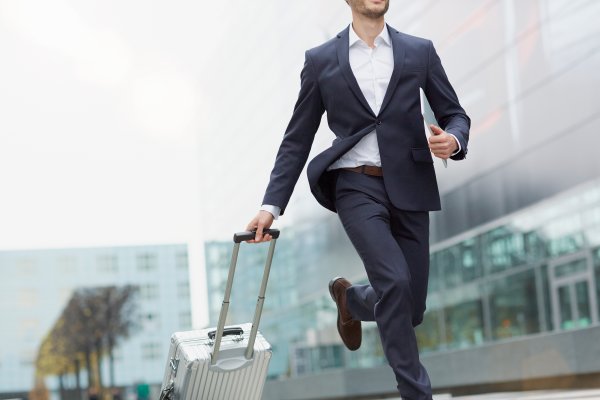 How to Dress Like a Leader in Any Work Environment
Next Up: Editor's Pick