Boxers Manny Pacquiao from the Philippines and Floyd Mayweather from the US pose during a press conference on March 11, 2015 in Los Angeles.
Frederic J. Brown—AFP/Getty Images
By Nolan Feeney

Boxer Manny Pacquiao says he wants a rematch with Floyd Mayweather after it was reported this week that Mayweather received an intravenous vitamin injection before their fight Las Vegas, Nevada this past May.

Representatives for Mayweather told the Nevada State Athletic Commission that the injection was intended “to address concerns related to dehydration,” SB Nation reported. He received a retroactive exemption around three weeks after he beat Pacquiao in a much-publicized boxing match. Without an official exemption, such injections violate World Anti-Doping Agency rules, according to Sports Illustrated.

“I follow and have always followed the rules of Nevada and [United States Anti-Doping Agency], the gold standard of drug testing,” Mayweather said in a statement.

Pacquiao complained that he was not allowed to use a USADA-approved painkiller for a shoulder injury before the fight.

“That is why I want a rematch,” he said. “One without any injury and with fair play. No favoritism. Not one where the Mayweather camp gets to dictate all the terms and conditions.” 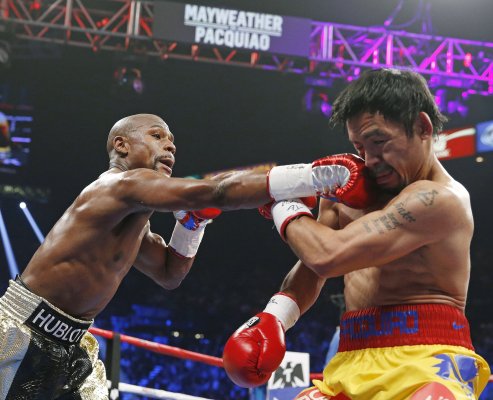 Mayweather's IV Treatment May Have Been Illegal
Next Up: Editor's Pick