A renowned tennis guru reveals mental exercises used by Pete Sampras (and now, you?) to stay clear-eyed and sharply-tuned on the court. This story is part of a special series from True Ink.

You have to teach yourself mental focus

Someone can’t teach it to you. They can guide you, but you have to force yourself. Mental fitness helps a player avoid unforced errors, and it’s unforced errors that lose matches. Whenever I had someone charting one of my matches, it would anger me to see them mark an unforced error. I had anger towards that person rather than the fact that I had made an unforced error.

What I think is best to do, and that all juniors should do, is to chart yourself every time you sit down on the changeover. Just keep a tally of how many unforced errors you make in each game. When you do it yourself, it kind of takes the pressure off. Maybe a ball took a weird spin and to you it didn’t quite count as an unforced error.

You teach yourself, and I think that’s the most important part. When you do it yourself, it goes directly to your subconscious; it becomes a reward to improve your game. So the crux of mental fitness is teaching yourself, day by day. You can’t truly improve from a parent or coach telling you to focus from the sideline. It has to come from you.

The Wizard Decision Game is another fun mental exercise I used to do. Pete Sampras showed it to me. It’s basically a high-low card game where one person is timing, flipping the cards, and counting the errors. And the other person is making the decision. The decision is simple: Will the next card be higher or lower than the previous one?

We would try and go as fast as we could through the deck of cards, and so sometimes guys get so flustered after making a couple of errors, that a queen comes up and they say “higher.” How could it be higher if it’s a queen? You realize that you just make mental errors just for no reason. It’s like you should be hitting the inside-out forehand for a winner and you go for a drop shot. It’s the lack of mental fitness that causes those errors.

One of the fun mental focus games I used to play was mentally playing boggle while jumping rope.

I would stare at a ball, let’s say it was a U.S. Open ball from Wilson, and I’d try to come up with as many words as possible with letters in “Wilson U.S. Open.” If I missed a jump, that was an unforced error.

Not only was I jumping rope and staring at the ball, but I was thinking about something deeper at the same time. This helped improve my decision making process on the court. I could watch my opponent run side to side, see if he’s tired, and see if he’s injured, see if he’s not moving to his backhand as well as his forehand, but I’m also focused on the ball, and my game.

There’s an exercise Robert Landsorp used to do where he’d have you warm up while talking. Then he’d say, “Well why are you missing while you’re talking? You can’t walk and chew gum at the same time?”

So you’ve got this negative energy coming in that you’ve got to combat, so that’s your opponent right? You’ve got distractions on the sideline, and you are distracting yourself by talking. He wanted to know how many balls you could hit in a row without missing, without letting the distractions affect you. It was a really cool way to simulate a high-pressure match.

This article is part of The Tennis Mind, a special series from True.Ink, a new experience-based magazine that has featured tales on how to run with the bulls in Pamplona, how to build your lover a houseboat, and how to make Tom Brady’s exclusive Pancake Recipe. This article originally appeared on True Ink 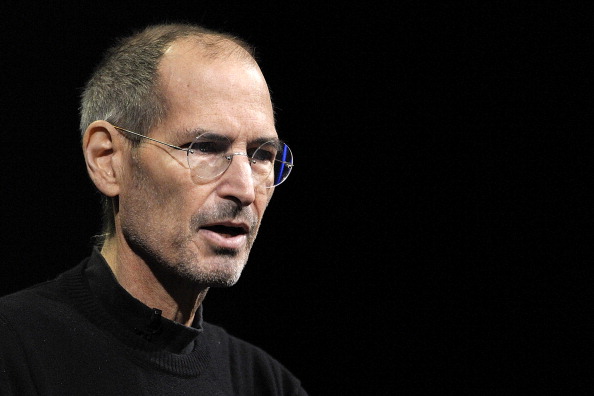 How to Discover Your Passion in Life
Next Up: Editor's Pick