By Simon Shuster and Diane Tsai

“One night I looked at the radar and saw eight of their boats coming toward us in a line,” recalls Border Guard Dmitrious Argyropoulos. “I thought to myself, ‘This can’t be happening.’”

More than a quarter-million migrants have reached the Greek islands by boat so far this year on their way to claim asylum in Western Europe, and nearly 3,000 have died in the attempt, according to the Greek government.

Click here for more coverage of the refugee crisis in Europe. 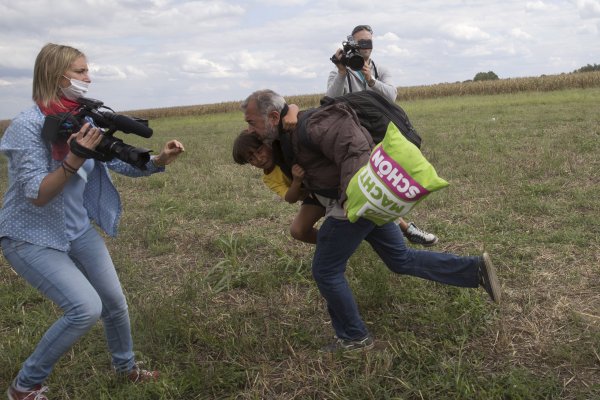 Refugee Tripped By Camerawoman Named By Family
Next Up: Editor's Pick