He calls Hamas and Hizballah his “friends” and favors removing Queen Elizabeth from her throne. He spent years supporting Sinn Fein and the Irish Republican Army and thinks Argentina should be granted a role in the government of the British-controled Falkland Islands. He blames Russia’s invasion of Ukraine on NATO and takes a skeptical view of Britain’s membership in the European Union. A quarter of his supporters believe the world is controlled by a “secretive elite.”

He is Jeremy Corbyn and he is the next leader of the British Labour party. The 66-year-old veteran left-winger, who has represented the London constituency of Islington since 1983, is set to be Labour’s next candidate for Prime Minister. The party of Tony Blair has been captured by a man who would cheerfully see Blair indicted for war crimes at the International Criminal Court over the 2003 Iraq War. This is, then, one of the most astonishing political triumphs of recent years.

How did it happen? Corbyn has benefited from a change in Labour party rules which allowed voters to register as Labour supporters, and thus receive a vote in the leadership contest as long as they were prepared to pay £3 ($5) for the privilege. This had the consequence of turning the election into a national primary, but also allowed supporters of other parties, most especially the far-left, to influence the election.

In all, 600,000 Britons were eligible to vote in Labour’s contest and Corbyn has become, much to his own surprise as well as everyone else’s, the standard bearer for the radical left. His constituency is a ragbag collection of Marxists, Trotskyites, environmentalists and youthful dreamers. There are more of these people than anyone previously thought.

Corbyn’s success is, at least in part, a dismal commentary on his rivals. Neither Andy Burnham nor Yvette Cooper, the experienced former cabinet ministers who were supposed to be the front-runners, have managed to inspire Labour’s membership. Indeed their experience has been part of the problem, suggesting their leadership might offer little more than a refreshed version of the party rejected in the election earlier this year, and not the wholesale change Labour most likely needs. Liz Kendall, the fourth candidate in this political donkey derby, might have offered that change, but has spent most of the campaign telling the party it is wrong about everything. This has not proved a popular or winning message.

In such circumstances, Corbyn’s “authenticity” has added value. He offers a clean break with the past and his downbeat style – reminiscent of a veteran and disappointed geography teacher – is so far removed from the slick and cultivated image management favoured by most contemporary politicians that he seems a perfect vessel for the anti-politics mood of our time.

In that respect, Corbyn’s rise should be understood as a kind of wail of despair. The Labour party is not prepared to compromise with the electorate. Its reaction to a devastating election defeat in May – the party’s worst performance in 30 years – has been to vacate the centre ground of British politics and move sharply to the left. It is a bold strategy, the effectiveness of which will certainly be tested by Corbyn’s leadership.

Meanwhile, Conservatives cannot believe their luck. They have kept ominously quiet throughout this Summer of Corbyn, hoping a more left-leaning Labour will leave more space in the moderate middle of British politics for David Cameron to fill.

Cameron is, by inclination, a moderate, old-fashioned kind of Conservative. He is a “One Nation” Tory in the tradition of Benjamin Disraeli, arguably the party’s greatest nineteenth century Prime Minister. He is not a radical or an ideologue. Cameron’s first term was spent in coalition with the Liberal Democrats and, despite his improbable victory in May, he still only enjoys a tiny parliamentary majority. His mission to rehabilitate the Conservative party is not yet complete, and Jeremy Corbyn will allow him to fully present the Tories as the natural party of government once again.

Few things are more improbable than Jeremy Corbyn leading the Labour party but Prime Minister Corbyn is one of those things. Among his many controversial proposals is a huge programme of nationalisation, bringing Britain’s railways and, perhaps, utility companies back into public ownership, and he would address Britain’s continuing fiscal difficulties by increasing public spending and taxes.

Corbyn’s foreign policy is even more extreme. An inveterate critic of Israel and the United States, he would offer a sharp and immediate break with 70 years of British diplomacy. The so-called “Special relationship” with the United States would be the first, but not the last, casualty of his premiership. Britain’s armed forces would become a shadow of their former selves (Corbyn has suggested paying taxes to fund the military should be optional) and the United Kingdom would never again endorse liberal intervention.

These, it should be admitted, are policies and views that are popular within sections of the left. But they are not the views of the British people as a whole and it seems improbable that the electorate can be persuaded to endorse a platform that calls for a diminished Britain to play a diminished role in the world.

This helps explain the despair felt in moderate Labour circles this weekend and the incredulity with which Corbyn’s ascension to power is met elsewhere. Are Labour really going to do this? Are they really preparing for a Marxist Jonestown massacre? It appears they are. If nothing else, it will be interesting.

Alex Massie is Scotland editor of the Spectator magazine 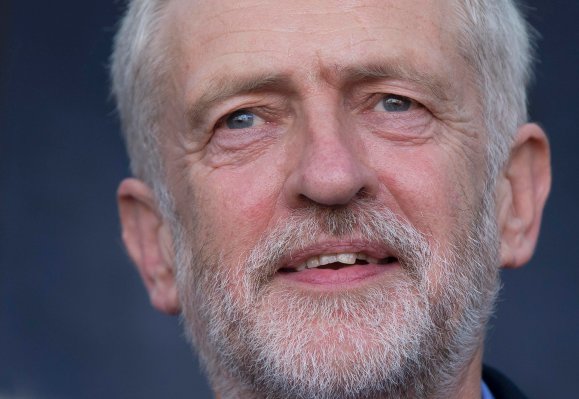