Why Shoeless Joe Jackson Is Better Off Banned From Baseball

There was a moment this week when the legions of Shoeless Joe Jackson fans who have long worked for his reinstatement by Major League Baseball had a flutter of hope that their work might finally bear fruit, restore a reputation they feel has been unjustly damned, and finally open the door to the Hall of Fame for the player whose .356 lifetime average is the third highest in baseball history, the man both Babe Ruth and Ty Cobb called the greatest natural hitter they had ever seen.

The Joe Jackson Museum—a charming little grassroots tribute to the ballplayer, housed in the home where he lived his final years in his native Greenville, South Carolina—posted to their website on Tuesday that they would have an announcement on Wednesday morning concerning the status of their petition to new baseball commissioner Rob Manfred to have Jackson reinstated. Speculation on Internet news sites swirled overnight that the commissioner would be lifting Jackson’s ban for being a part of the conspiracy by eight members of the Chicago White Sox to throw the 1919 World Series to the Cincinnati Reds. That ban had been put in place in 1921 by Manfred’s predecessor, Judge Kenesaw Mountain Landis, after the eight players were found not guilty on Series-fixing charges in a Chicago criminal court.

Alas, the anticipated announcement was merely another disappointment to those who seek to restore Shoeless Joe’s reputation. It was simply the release of a letter from Manfred to museum director Arlene Marcley, in which he thanked her for her request on Jackson’s behalf, but told her “it would not be appropriate for me to re-open this matter.”

So Joe Jackson’s stay in baseball purgatory continues, now 94 years and counting. Not that any of this matters to Jackson, who died in 1951 at the age of 62. He batted .375 in that 1919 Series, with 12 base hits in eight games, a Series record that would stand for more than 40 years. He went to his grave maintaining his innocence, but also accepting of his fate. Unlike fellow banished Black Sox teammate Buck Weaver, who spent his life trying to clear his name and win reinstatement in the game, Jackson never once petitioned baseball to get back in. It has been left to others to do it for him.

But Shoeless Joe is better off without the forgiveness of Major League Baseball, or a place in Cooperstown. There are 310 men currently in the Hall of Fame, with more added every year. Reinstatement, his eventual and inevitable election to the Hall of Fame, would make Jackson just one of the many. The story would finally have an ending, and an ending, happy or not, would also bring the end of remembrance.

Instead, the extraordinary afterlife of Joe Jackson has allowed him to transcend the game and become an American cultural figure as few ever do. People who have never come closer to Joe Jackson than the pages of a biography, or Ray Liotta’s Jackson character in Field of Dreams, have embraced Shoeless Joe’s story and taken up his cause. Whether it’s Jackson’s famous illiteracy, his refusal, or inability, to play less than his best despite his alleged involvement—he did confess to knowing of the plot to throw the Series and accepting $5000 from the gamblers to do so—or something else altogether, there is a vulnerability in Joe Jackson that has struck a chord in the American psyche.

People come to the museum in Greenville, stand in the bedroom where he died and weep. They visit his Greenville grave and leave mementos—notes proclaiming a belief in his innocence, bats, balls, gloves, and shoes, always shoes. They start petitions and write blogs and speak at symposia and keep the conversation alive. Was Jackson guilty or innocent? If his guilt stopped at simple knowledge of the plot, did he deserve to be banned for life? Or, as some point out, banned not just for life, but beyond life as well, banned for all eternity?

Most significantly, what does the Jackson conversation tell us about the sometimes-profound consequences of individual decisions? About the personal price paid for the failure of institutions—for the Black Sox Scandal was as much about the ineptitude of Organized Baseball as it was about a handful of greedy players? How do we as a society assign guilt? How do we balance responsibility and mercy? How long do we hold sins bound?

As long as Joe Jackson is on the outside looking in, we keep this conversation alive. His place in history is too important to be reduced to a plaque in Cooperstown.

Charles Fountain teaches journalism at Northeastern University. He is the author of The Betrayal: The 1919 World Series and the Birth of Modern Baseball, to be published in October by Oxford University Press. 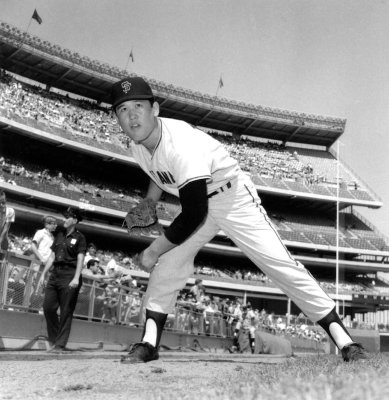