Nearly a decade after Jessica Simpson and ex-husband Nick Lachey split, the fashion mogul is calling their three-year marriage a financial mistake.

Host Kelly Evans replied, “That’s actually a common answer believe it or not.”

Since the pair called it quits, Simpson, 35, went on to have two children –daughter Maxwell Drew, 3, and son Ace Knute, 2 – with husband Eric Johnson.

In November, Lachey admitted it was “probably the best thing” that the former couple – whose lives at the time were also chronicled on their reality series Newlyweds: Nick and Jessica – didn’t have kids together.

“There’s just no contact. We’ve both moved on with our lives, and I think we are very happy it went the way it went. It’s not animosity, it’s not friendship – it’s just kind of nothing,” Lachey explained on Dirty, Sexy, Funny with Jenny McCarthy on SiriusXM.

As for where Simpson sees herself in the next five to ten years?

“I always say I’m ready for another billion,” Simpson – whose clothing line, the Jessica Simpson Collection, is currently worth a cool $ 1 billion – shared. 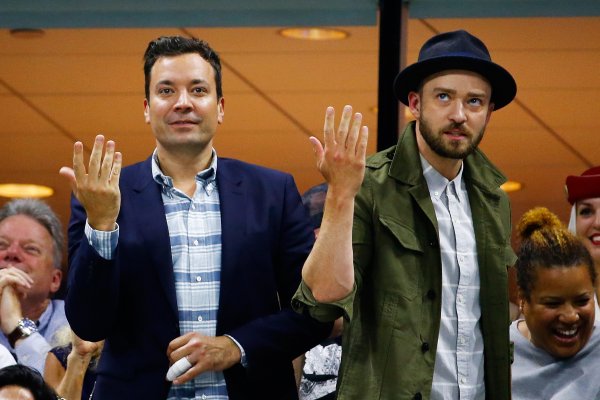 Watch Jimmy Fallon and Justin Timberlake Do the 'Single Ladies' Dance at the U.S. Open
Next Up: Editor's Pick