Actor Daniel Craig was named the UN Global Advocate for the Elimination of Mines and Explosive Hazards at the United Nations in New York City on April 14, 2015.
Timothy A. Clary—AFP/Getty Images
By Sarah Begley

It seems Bernie Sanders has a friend in Daniel Craig, who donated $47,300 to a Super PAC supporting the presidential hopeful.

But in a twist that may leave the James Bond actor shaken (not stirred), he donated to an organization with questionable practices that Sanders’ own campaign asked to cease and desist, the Center for Public Integrity reports.

Americans Socially United (which previously went by the names “Ready for Bernie Sanders 2016” and “Bet on Bernie 2016”) has been raising eyebrows with its websites and social media pages, which some say mislead donors to believe they are giving to Sanders’ actual campaign. Legal counsel for the campaign sent the organization’s founder, Cary Lee Peterson, a cease and desist letter asking him to drop the earlier names, make clear that he was not speaking for Sanders, and make his financial records available.

Peterson, who has had past issues with the law, missed the government deadline for filing a mandatory mid-year campaign finance report (he said his team was still figuring out the technical details of the FEC’s software), and it’s unclear how he has spent the contributions so far. Even though Sanders himself opposes Super PACs, Peterson says, “He needs us.”

Peterson says getting support from James Bond is “pretty cool,” but Craig seems to have been unaware of the organization’s background. He says he made the donation “in good faith,” adding, “Currently, I have been informed of no evidence to question that my donation has not been used as intended. Should that situation occur, then clearly, I will review my position.”

[The Center for Public Integrity] 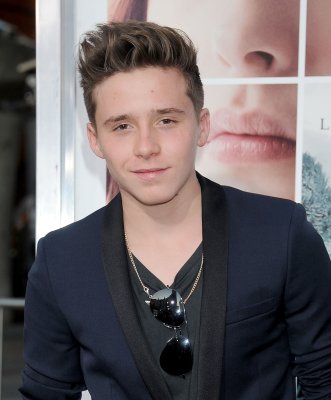 Brooklyn Beckham Shares His Top Tips for Taking the Perfect Instagram
Next Up: Editor's Pick