Myanmar national Zaw Lin looks on as he arrives in a prison transport van outside Koh Samui court on the Thai resort island of Koh Samui on July 9, 2015
Jerome Taylor—AFP/Getty Images
By Helen Regan

Thailand’s forensics chief told a court Friday that DNA samples taken from a garden hoe believed to have been used to kill a pair British backpackers last year does not belong to the two men currently on trial for their murder.

Dr. Pornthip Rojanasunand, the head of the Thai forensics institute, told judges that two DNA samples found on the bloodied hoe belonged to two males, but neither matched the defendants, reports the Guardian. The hoe was discovered near the bodies of Hannah Witheridge, 23, and David Miller, 24, who were found dead on the Thai Gulf island of Koh Tao’s popular Sairee Beach last September.

Burmese migrant workers Wai Phyo and Zaw Lin, both 22, admitted to the crime but subsequently recanted and claimed they were tortured into making a false confession. They insist they are scapegoats.

The chief judge in the trial, which is taking place on Koh Tao’s neighboring island of Koh Samui, ordered DNA analysis on the hoe following a request from the defense team.

At the trial, Porntip criticized the police’s handling of the crime scene, including their decision to move Witheridge’s body. The investigation has been marred by inconsistencies and police have been accused of failing to test key evidence for DNA, potentially destroying evidence, using inadequate interpreters as well as the allegations of torture

Police deny any mistreatment and insist their investigation was sound.

The prosecution’s case rests on DNA samples found on Witheridge’s body that investigators say match the defendants. Defense lawyers had asked for the samples to be retested but police said the evidence had been “used up.” 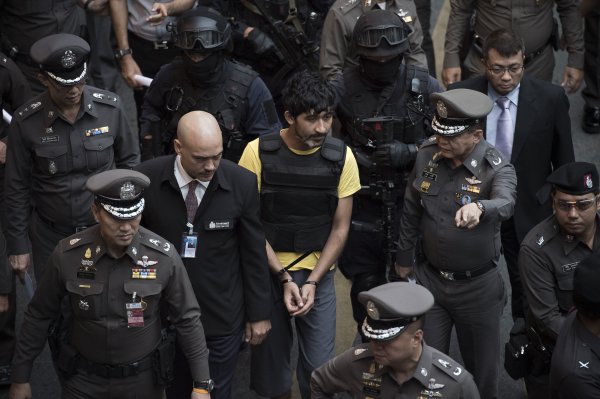