A senior official in the Philippine capital Manila gave a convincing demonstration of the city’s infamous transport problems on Thursday morning, when he failed to turn up for a live TV interview on the city’s traffic situation. The reason? He was stuck in traffic.

Francis Tolentino, who chairs the Metropolitan Manila Development Authority — the body in charge of transportation and infrastructure in the city — was supposed to appear on an 8 a.m. talk show on the country’s ANC news channel, according to the Philippine Daily Inquirer. The plan was for him to show the audience a series of charts on Manila’s traffic situation.

Instead, the Inquirer reports, host Karen Davila was forced to interview him over the phone when he got stuck in one of the city’s notorious gridlocks on Epifanio de los Santos Avenue — the city’s main freeway, commonly abbreviated as EDSA.

Traffic in Manila is a sore point, with many residents spending as much as four hours a day commuting relatively short distances. The situation has prompted calls for Tolentino’s resignation. 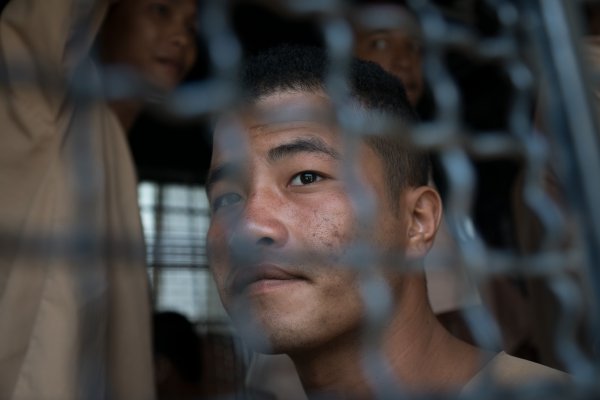