The probe came at the behest of Khairuddin Abu Hassan, a former senior member of Najib’s ruling party United Malays United Organisation (UMNO) who was fired earlier this year. Khairuddin said that four “highly questionable” companies linked to the Prime Minister made the deposits at a Hong Kong office of the bank Credit Suisse.

Since his dismissal earlier this year, Khairuddin has been an outspoken critic of Najib, who a Wall Street Journal article alleges received around $700 million from a state development fund called 1 Malaysia Development Berhad (1MDB). The fund is currently some $11 billion in debt.

The Prime Minister has repeatedly denied the Journal’s allegations, insisting the funds in his personal accounts were a gift from a Middle Eastern benefactor. The government has dismissed Khairuddin’s police case in Hong Kong as “false and politically motivated.”

“The prime minister does not control any Credit Suisse bank accounts in Hong Kong, whether in his name or the name of the companies mentioned,” a spokesman for Najib’s office said in a statement.

Hong Kong police have confirmed an investigation is under way, according to the Financial Times.

In an email to TIME on Friday afternoon, a Credit Suisse representative in Hong Kong said that “as a general policy” the bank would not say whether it had ties to the companies listed by Khairuddin, or if it was involved in an investigation, though it would cooperate with any probe that was launched.

The allegations are the latest blow to the Najib administration. Two weeks ago, tens of thousands of Malaysians took to the streets of Kuala Lumpur to call for his resignation. 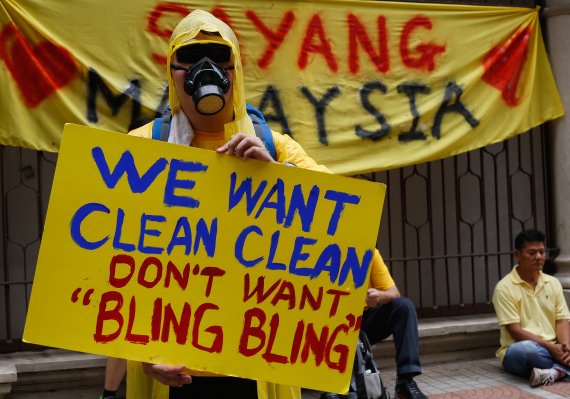 Malaysian Government 'Meddling' in Corruption Case
Next Up: Editor's Pick