Donald Trump Suffers 24 Hours of Attacks from Clinton and GOP

Donald Trump waits to speak at a rally held by the Tea Party at the United States Capitol on Sept. 9, 2015.
Samuel Corum—Anadolu Agency/Getty Images
By Maya Rhodan

The business mogul has been on the defensive since commenting on fellow presidential contender Carly Fiorina’s face in an interview with Rolling Stone published Wednesday. “Look at that face! Can you imagine that, the face of our next president,” Trump reportedly said.

While Trump was responding to what many took as another attack on a woman, telling CNN and the hosts of the View that he was talking about her “persona” in his comments and not her looks, his opponents on both sides of the political spectrum sent a number of jabs his way.

At a rally in Ohio, former Secretary of State Hillary Clinton said “there is one particular candidate who just seems to delight in insulting women every chance he gets.” Former Florida Governor Jeb Bush said Trump can not “insult [his] way to the nomination or the presidency” during an appearance on CNN. Retired neurosurgeon Ben Carson said Wednesday the difference between himself and Trump was that he has “realized where my success has come from and I don’t in any way deny my faith in God.”

Louisiana Gov. Bobby Jindal, who is struggling to stay relevant in the race, also attacked Trump on Thursday, calling the GOP frontrunner a narcissist and a carnival act during a speech at the National Press Club in Washington. “He is shallow, there is no substance,” Jindal reportedly said. “He doesn’t know anything about policy, he has no idea what he is talking about. He makes it up on the fly.”

Through it all, though, Trump hasn’t taken the insults lying down, calling out Carson on Twitter:

The real estate mogul continued his attack on Carson on CNN, saying the retired neurosurgeon made former Florida Gov. Jeb Bush, who he often refers to as “low energy,” look like “the energizer bunny.”

A new CNN/ORC poll has Trump with 32% support among Republicans. Carson was in second with 19% and Bush rounded out the top three with 9%. 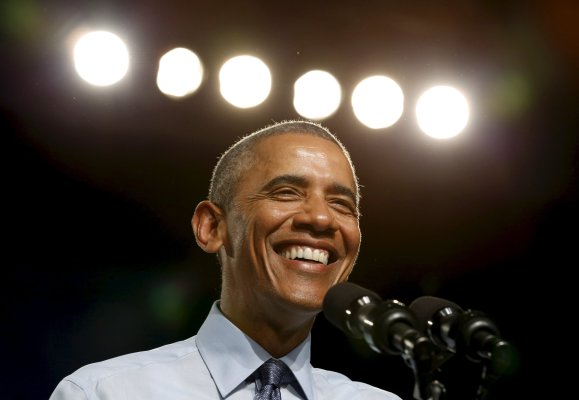