Watch This Horse Woo His 'Girlfriend' With Hay

Look at this boyfriend. He didn’t just text his girlfriend, “Hey,” he brought her hay.

A male horse named “T” galloped to a female horse named “Layla,” his “girlfriend” carrying a clump of hay in his mouth, in a clip filmed at the Peak Performance Equine Hospital in Granbury, Texas, by employee Jessica Munn. And then, like any couple that has been together for a long time, they ate in silence. At the end of their meal, he tries to give her “kisses” (as the description of the video joked), but she did not look that into it.

The video has racked up more than 7.7 million views on Facebook since it was uploaded on Sept. 4. 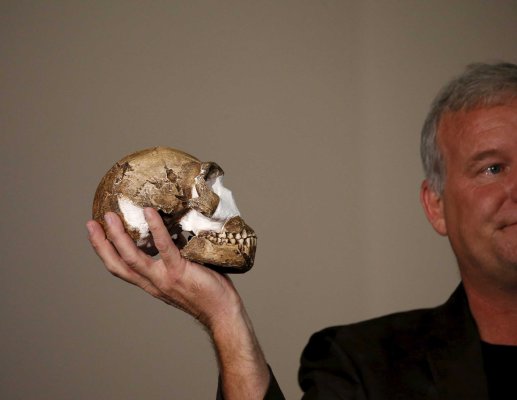 How Human Is This New Species?
Next Up: Editor's Pick