Scientists announced on Thursday that they have discovered a new member of the human family tree: Homo naledi, a species believed to have arisen between 2.5 and 2.8 million years ago, whose ancient bones were unearthed in South Africa.

The ape-like creature’s relationship to humanity, with its odd mix of features thought to belong to different stages of evolution, still remains something of a mystery. But Homo naledi does have well-known ancestors of its own—as a news story, that is.

One indication of constant interest in our own precursors is the run of “How Man Began” cover stories TIME has published over the last few decades. Though the popular image of an archeologist or paleoanthropologist is more associated with the Leakeys and Lucy in the 1970s, the 1990s and early 2000s were actually a hotbed of revelations about humanity’s history.

Here are the discoveries that got TIME’s cover-story treatment:

Discovery: “He is known as the Iceman, a Stone Age wanderer found one year ago remarkably preserved in the melting Similaun glacier high in the Alps. His discovery has already upset some long-held notions about the late Stone Age, chilled relations between Austria and Italy — near whose border he was found — and stimulated tourism and commerce. His age, established by radiocarbon dating as approximately 5,300 years, makes him by far the most ancient human being ever found virtually intact.”

Discovery: “Findings announced in the past two weeks are rattling the foundations of anthropology and raising some startling possibilities. Humanity’s ancestors may have departed Africa — the cradle of mankind — eons earlier than scientists have assumed. Humans may have evolved not just in a single place but in many places around the world. And our own species, Homo sapiens, may be much older than anyone had suspected. If even portions of these claims prove to be true, they will force a major rewrite of the book of human evolution.”

Discovery: “The notion that multiple human species are the norm, not the exception, has only got stronger with a series of major scientific discoveries. Since 1994, four new species of hominid have been added to the human family tree, with the latest announced just a few months ago. These date from 800,000 years ago all the way back to 4.4 million years B.P. (before the present). Scientists have also unearthed new fossils of known species. This should help them trace the complex relations among our sundry ancestors. One remarkable skeleton, announced this past spring, suggests that modern humans and Neanderthals may even have mated successfully. And new evidence of stone-tool use, dating as far back as 2.5 million years, has provided tantalizing clues to how our forebears thought and behaved.”

Discovery: “Working as part of an international team led by U.S. and Ethiopian scientists, a graduate student named Yohannes Haile-Selassie (no relation to the Emperor), enrolled at the University of California, Berkeley, has found the remains of what appears to be the most ancient human ancestor ever discovered. It’s a chimp-size creature that lived in the Ethiopian forests between 5.8 million and 5.2 million years ago–nearly a million and a half years earlier than the previous record holder and very close to the time when humans and chimps first went their separate evolutionary ways.”

Discovery: “According to paleontologist Michel Brunet of the University of Poitiers in France, whose team reported the find in Nature last week, there is no way it could have been an ape of any kind. It was almost certainly a hominid–a member of a subdivision of the primate family whose only living representative is modern man. And it has left scientists gasping with astonishment for several reasons. To start with, it is nearly 7 million years old–a million years more ancient than the previous record holder. Indeed, this new species is as much older than the famous Lucy as Lucy is older than we are. It almost certainly dates from very near that crucial moment in prehistory when hominids began to tread an evolutionary path that diverged from that of chimps, our closest living relatives. Even more surprising, this ancient hominid was not discovered anywhere near the Great Rift Valley of East Africa, where all the record setters of the past three decades have been found. Instead, it turned up in the sub-Saharan Sahel region of Chad, more than 1,500 miles to the west, forcing a rethinking of the conventional wisdom about where humans arose.”

Discovery: “In short, the remains that came to be known as Kennewick Man were almost twice as old as the celebrated Iceman discovered in 1991 in an Alpine glacier, and among the oldest and most complete skeletons ever found in the Americas. Plenty of archaeological sites date back that far, or nearly so, but scientists have found only about 50 skeletons of such antiquity, most of them fragmentary. Any new find can thus add crucial insight into the ongoing mystery of who first colonized the New World–the last corner of the globe to be populated by humans.” 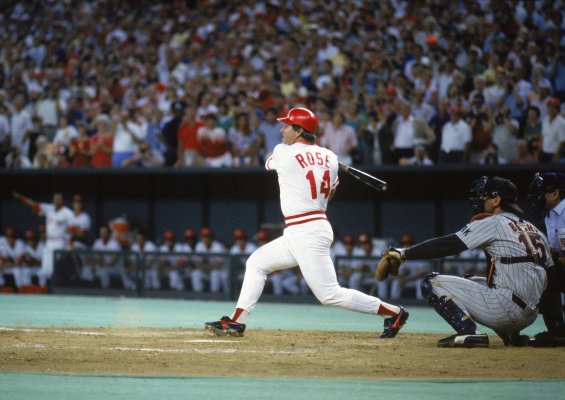