The “Net” effect of some of our most advanced technologies has, counterintuitively, been amazingly regressive and counter-civilizational. Back when to tweet meant something very different, Ayn Rand wrote: “The savage’s whole existence is public, ruled by the laws of his tribe. Civilization is the process of setting man free from men.” By forcing us into an overexposed existence, online life, where everybody seems to be in everybody’s business, and where the rules we play by are as bad as any tribe’s, has paradoxically turned the clock back on progress. When we no longer control the details that make us who we are, from our favorite vacation spots to our kids’ names, health histories and “last four”, our independence and personhood, with the healthy distance that these terms imply from others, are also diminished.

In a collective regaining of consciousness, we are realizing that terabytes of private information that we willingly supplied to friends who really aren’t, and of reviews that we wrote of one another and every restaurant, nail salon and doctor we frequented, are taking their toll on our culture and coming home to roost. We are realizing that it is almost impossible to delete information, whether accurate and volunteered by us, or false and posted solely to hurt us. As we recognize that all the content that we have generated and the online record or our lives that has been created will forever sit there, waiting to be googled, we are admitting that the fight for privacy is a lost cause and that, against Big Data, we don’t stand a chance. Adding to the sense of resignation is almost daily news of Assangesque hacks into impenetrable databases and Snowdenesque revelations of massive government surveillance. That it has taken so long to admit the obvious, when as early as 1999 voices like that of Sun Microsystems cofounder Scott McNealy warned “You have zero privacy anyway. Get over it.” It has to do with how enjoyable—indeed neuronally addictive in a dopamine-enhancing sort of way—these technologies also are.

What to do in this irreversible Orwellian state, where all personal likes, relationships, genetic trees, and pinpoint GPS locations can easily become public knowledge? For some, the only realistic option is to meld even more closely with one’s gadgets; to strap your Oculus virtual reality headset gear right on. Google Glass, Apple Watch, body cams—all are examples of wearable technology that can help people surveil and control the world the way it is already surveilling and controlling them. It is not necessarily a happy compromise, and it may smack of some if-you-can’t-beat-them-join-them defeatism or hypocrisy, but these accessories may well be all we have left to still feel some degree of empowerment by a technology revolution for which our brains were seriously unprepared. Recent arrests prompted by cellphone footage of adolescent bullying, and nationwide protests triggered by dashboard footage of questionable police behavior, make us think of the countless similar cases that probably went nowhere because they did not make it on YouTube or achieve virality. They also define a new norm for the kind of “smoking gun” evidence now required to entail action: if it’s not on film, it didn’t happen. In other words, whether we signed on or not, we are all “citizen reporters” in a massive (sur)reality TV show. If, in a moment of tech fatigue, we went gadget-free while something bad happened, the onus will be on us to prove that it did, indeed, occur, and our ability to inspire, galvanize and affect change will be so much more limited.

Maybe something good will come from this hypervigilant new world. After a Convocation speech I gave last year on online privacy, a newly minted freshman, one of the nearly 90% in his class who had never heard of Facebook’s privacy settings, raised his hand to wonder whether by “putting it all out there”—private information, personal histories, videos of our every activity—we would not manage for the first time in human history to eliminate lying. Since easily accessible evidence would quickly prove us wrong, what would be the point? This more honest world might be no small consolation for surrendering privacy, but it is far from guaranteed. Meanwhile,

I still allow myself to feel excited about privacy-minded initiatives, like Europe’s recent “right to be forgotten.” Its outcome, though, which is that you have the right to be forgotten if somebody googles you in France but not in the US, is enough to make me feel resigned again and to want to turn my GoPro back on.

Aboujaoude, a psychiatrist, is the author of Virtually You. 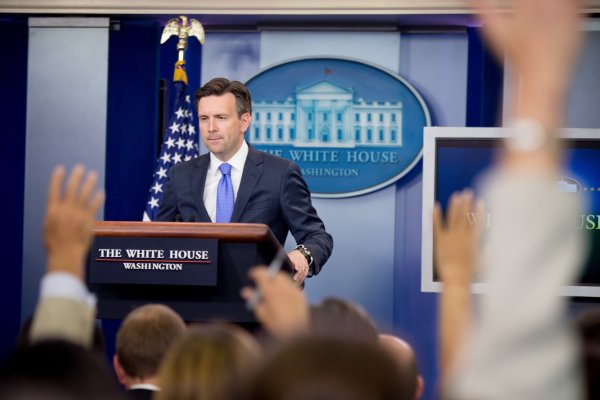