Robert Turbin #22 of the Seattle Seahawks carries the ball against the New England Patriots during Super Bowl XLIX February 1, 2015 at the University of Phoenix Stadium in Glendale, Arizona.
Focus On Sport—Getty Images
By Victor Luckerson

The spectacle that is the Super Bowl is known as much for its commercials as the football game that occurs between them. These days, though, many people are opting to take their ads without even bothering with the pigskin.

In a survey by video ad tech company Unruly, 51% of respondents said they saw Super Bowl XLIX commercials on their PCs or mobile devices rather than on a television. And Super Bowl ads are increasingly being viewed online well before the big game — out of all the instances a Super Bowl ad was shared this year, 40% happened before the game itself, Unruly says.

The Thursday before Super Bowl Sunday was the most active day for sharing, indicating that watching Super Bowl ads has become something of an office pastime as well as a Sunday one. Budweiser’s “Lost Dog” ad was the most-shared commercial from the 2015 game.

The popularity of Super Bowl ads online helps explain why CBS is planning to live-stream every commercial during this year’s online broadcast. Ads for this year’s game will cost as much as $5 million. 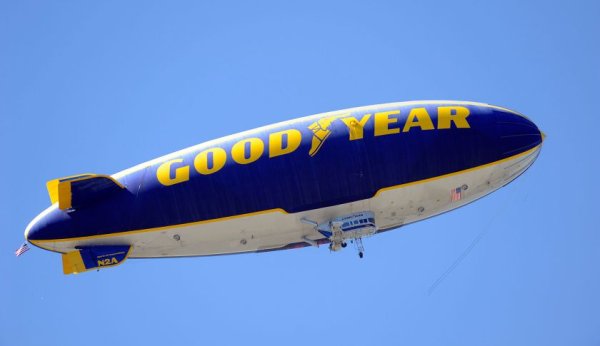 Say Goodbye to the Famous Goodyear Blimp
Next Up: Editor's Pick