Joe Biden still has the desire to be president, and perhaps the political talent to get there. The question is whether he can muster the drive.

The 72-year-old Vice President is mulling a late entry into the race for the Democratic nomination that he has twice sought before. He has solid—and growing—support in polls of Iowa and New Hampshire Democrats. A super PAC has started lining up backers just in case. And he’s doing campaign-style events Thursday in New York, including a stop on Stephen Colbert’s newly rebooted “Late Show.”

But Biden is telling friends that is having a tough time deciding on a run. A question they keep hearing him ask is whether he has “the emotional fuel” for a run. The grief over the loss of his son weighs heavily.

Beau Biden, the 46-year-old former Attorney General of Delaware, lost his battle with brain cancer over the summer. The Vice President, whose first wife and daughter died in a car crash in 1972, is exceptionally close with his family, and he counted on Beau as a top political adviser. Beau’s death hit the Biden clan exceptionally hard, and Biden largely disappeared from the White House and his suite of offices next door at the former War Department temple during the summer.

In the middle of this, however, buzz started building that Biden was starting to take another White House run more seriously. Before Dick Cheney declared he would be the first sitting Vice President since 1952 to forego a shot at the nomination, a White House run was regularly expected of the nation’s No. 2. Second-term Vice Presidents were supposed to be their parties’ next-in-line, the understudies who could slide into the job they observed every day for eight years.

Biden looked to buck the trend. In Obama’s second term, he dug into his current job, one in which even critics say he has been exceptionally effective. His interest in politics was largely about how the Republican-led Congress would twist itself into trouble next, or how Beau Biden’s plans to become governor of Delaware were coming along.

Then, the Bidens—and the nation—buried Beau, who had urged his “pop,” as he called him, to make the run. That last-wish request found its way into a New York Times column, and talk of a presidential run started getting more serious. Some of Biden’s long-serving advisers did their best to pump the brakes. Some days, they think Biden understands the challenges. Other days, it’s as though this would be as easy as any other political task. Reading the boss, however, has been exceptionally tough.

“If I can reach that conclusion that we can do it in a fashion that would still make it viable, I would not hesitate to do it,” Biden said during a stop in Atlanta.

A few days later, though, he was hearing cheers of “Run, Joe, Run” as he jogged through a Labor Day parade in Pittsburgh. Asked if reporters should take his campaign-style trot was a hint about a White House run, he flashed his big smile. “I’m going to run part of the parade,” he joshed.

When a supporter asked shouted out that he should run, Biden chuckled. “I’ve got to talk to my wife about that,” he said.

That he does. Jill Biden has told friends she will back her husband if he makes a run, although she had hoped that the 2012 re-election bid would be her last turn as a political spouse. Since they first started dating, she tells friends, she has known that politics is part of the deal with Joe. After all, Joe Biden first sought the Presidency as a 44-year-old Senator back in 1988. But Jill has never loved it. She has carved out her own life and still has a full-time job as a professor at a Northern Virginia college. This fall, she is teaching a full course load—hardly a move a political spouse takes with plans of camping out in Des Moines or Manchester.

Biden’s schedule says he is running. Thursday took him to New York, where Democratic frontrunner Hillary Clinton has her campaign headquarters. Biden was making stops to talk about crime with Loretta Lynch, the Attorney General, and about minimum wage with New York Mayor Andrew Cuomo, a Clinton backer. He was then joining Colbert for some off-the-cuff conversation—an advantage he has over the more cautious Clinton.

The sorrow in Biden’s voice, however, says he is not running. “If I were to announce to run, I have to be able to commit to all of you that I would be able to give it my whole heart and my whole soul,” Biden told members of the Democratic National Committee. “And right now, both are pretty well banged up.”

Biden’s most ardent cheerleaders have started tempering their zeal for a campaign. Maybe the door to 2016 has not closed and possibly Clinton’s candidacy is not as airtight as they had expected. Questions about her handling of email as Secretary of State are not going away, no matter how many times she makes flat jokes or half-hearted apologies. Meanwhile, Vermont Sen. Bernie Sanders is still turning out massive crowds even though few expect him to block Clinton from the nomination.

But a White House campaign is hard even when the candidate is at his best. No one is even pretending Biden is close to that these days. He tells friends he finds his attention wandering during some meetings and he has found it tough to focus on things he finds tedious.

Biden’s confidantes initially said he would make a decision about the White House campaign by the end of summer, largely understood as Labor Day. Then they started noting that the last day of summer is Sept. 23. Now, they’re looking at an end-of-September possible government shutdown. And others note the Democrats’ first sanctioned debate is not slated until October.

No one at this point can predict how Biden will resolve the question. Anyone who claims certainty is certainly not in Biden’s head: not his longtime advisers who are reluctantly preparing for one campaign, not those who have left his immediate political circle but remain fiercely loyal, not his top aides, not Obama. Making a decision remains something Biden and his immediate family will do.

Longtime aides and advisers offer their thoughts, of course, but unless you’re part of the Biden family tree, your opinions often seldom binding. And when the Biden clan considers what a White House bid means, one of its biggest advocates will be absent. 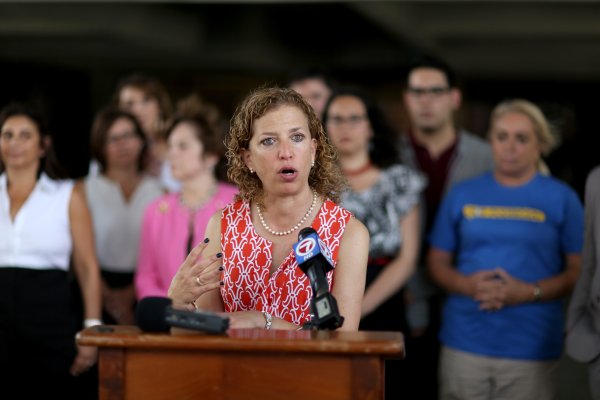