Jimmy Kimmel summed up every Apple announcement as a showcase of “new products for you to lose in a cab on the way to the airport” on Jimmy Kimmel Live!.

He also created his own timeline of these much-anticipated announcements, from the “thinner, thinner iPod” and a “big iPod you can’t talk on” and “one you can sleep on. You’re out of money. This is your bed now.”

In his monologue on The Tonight Show, Jimmy Fallon described the new, extra-large iPad as “the best way yet for people to ruin concerts.”

James Corden revealed new Apple Watch features on The Late Late Show, such as “sexy slo-mo,” which will attempt to make the wearer look sexier as if he or she “just came out of the shower.” 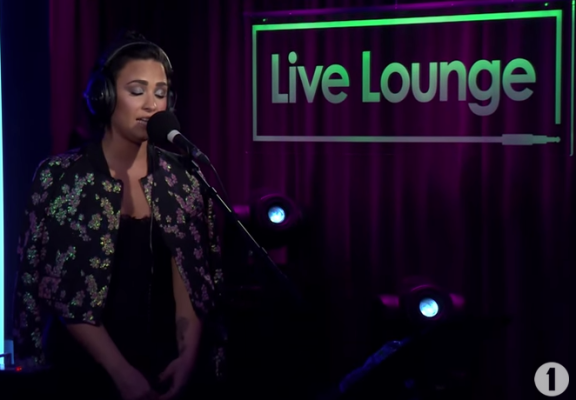 Watch Demi Lovato Rock This Cover of Hozier's 'Take Me to Church'
Next Up: Editor's Pick