Donald Trump at a Tea Party Patriots rally against the Iran nuclear deal on Capitol Hill in Washington on Sept. 9, 2015.
Andrew Harrer—Bloomberg via Getty Images
By NBC News

Donald Trump says he was talking about Carly Fiorina’s “persona” – not her looks – when he suggested that voters won’t select the only woman in the GOP field because of “that face.”

In a new interview in Rolling Stone released late Wednesday, GOP frontrunner Trump said of the former HP chief “Look at that face!?”

“Would anyone vote for that? Can you imagine that, the face of our next president?!” the magazine quotes Trump as saying while he and his staff watch a television appearance by Fiorina.

The real estate mogul reportedly added: “I mean, she’s a woman, and I’m not… 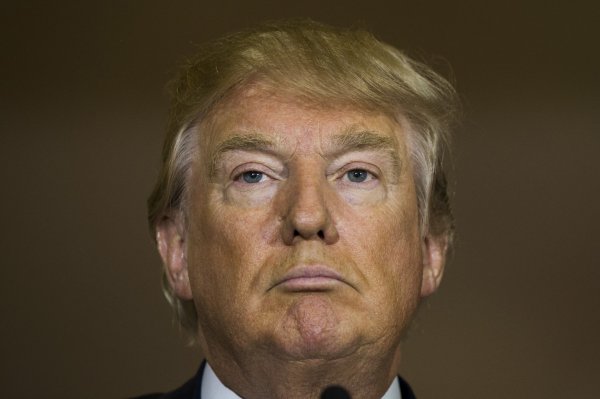 Trump Campaign Will 'Likely' Press Charges in Scuffle With Protester
Next Up: Editor's Pick